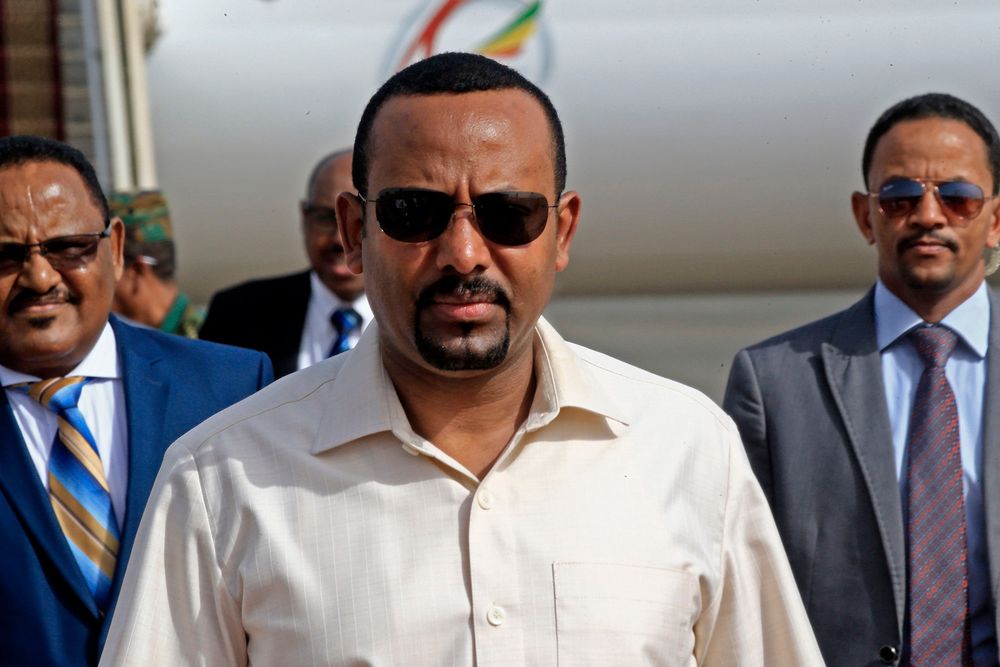 That Ethiopia is a great country cannot be gainsaid. History records that as colonialism was ravaging the rest of Africa, only Ethiopia and Liberia were never colonized. Having been locked out of East Africa by the British and the Germans, the Italians tried their luck in Ethiopia but they were defeated in the famous Battle of Adowa. Ethiopian Airlines is the only remaining Pride of Africa in the skies flying to more destinations abroad than any other African airline. Statistics indicate that the airline makes more profit than all the other African airlines combined. In the world of Athletics, the heroics of Kenenisa Bekele and many other great Ethiopian athletes have been recorded. I have never attended a conference abroad where there were no Ethiopian youth playing a key role in our African delegation. Notably, Ethiopian Prime Minister Abiy Ahmed Ali was awarded The Nobel Peace Prize in 2019 for his efforts to achieve peace and international cooperation, and in particular for his decisive initiative to resolve the border conflict with neighbouring Eritrea.  Ethiopia’s star has been rising.

Despite all this, in blatant disregard of basic human entitlements, the government of the Republic of Ethiopia has never missed an opportunity to violate the rights of its citizens. At the slightest provocation, the government appears to always have as its first option, internet shutdowns, and digital communications restrictions. This has been witnessed including during national examinations and most recently at the peak of the COVID-19 pandemic. In 2019 alone, the government shut down the internet in Ethiopia a record eight times drawing condemnation from the global digital rights community. . Internet Shutdowns are never a good option in times of crisis or national emergencies. An internet shutdown means a blackout on access to information and to world affairs. A society that does not have access to information is a society that is walking in a fathomless abyss of darkness. Infact, to the detriment of the government, misinformation and rumours spread more among the citizens when they are unable to access information or to verify the information they have consumed. Disruption of the free flow of information, can amplify any existing tensions in society, as well as serving to conceal any violence and human rights violations perpetrated either by state or non-state actors.

Article 29 of the Constitution of Ethiopia expressly provides for freedom of conscience and protects the right of thought, opinion and expression and media freedom “without any interference.” By interfering with its citizens’ digital rights through the incessant internet shutdowns, the government of Ethiopia contravenes this provision of its own supreme law. Ethiopia has also ratified the two cardinal human rights instruments- International Covenant on Civil and Political Rights (“ICCPR”), the International Covenant on Economic, Social, and Cultural Rights (“ICESCR”) which specifically state that every person has the right to the inviolability of communications made by phone, telecommunications, and electronic devices.

While unconfirmed, many reports have indicated that Ethiopia is one of many Africa’s authoritarian governments that hire international hacking companies to target human rights defenders in the country. This insatiable appetite for human rights violations has attracted condemnation including from Mr. David Kaye, the former United Nations Special Rapporteur on the Right to Freedom of Opinion and Expression who remarked during a visit to Ethiopia that the government’s continued breach of citizen’s digital rights was an affront to international human rights. However, as if directed to deaf ears, the violations continued on a worse scale in 2020.. There is an urgent need to empower human rights defenders and journalists with the skills to advocate and preserve digital rights in Ethiopia.

In an attempt to contain hate speech and mis-information, in March 2020, Ethiopia crafted a new law- the Hate Speech and Disinformation Prevention and Suppression Proclamation, which law attempts to reverse the gains made by Ethiopia in promoting access to information and freedom of conscience. The law poses a threat to freedom of expression and access to information online amongst the citizens. The objectives of the Proclamation are to, among others, “protect freedom of expression while suppressing all forms of hatred and discrimination; promote tolerance, civil discourse, and dialogue, mutual respect and strengthen democratic governance; and to control and suppress the dissemination and proliferation of hate speech, disinformation, and other related false and misleading information.” This wording is vague and open to abuse by the government.

There is a need to create a robust network of human rights defenders who advocate for uninterrupted internet access to all Ethiopians, help protect privacy rights, create awareness and build capacity in partnership with more established civil society organizations across the globe, to advocate and protect a principal medium of communication that people depend on in the world today- the internet.