The report that the Nigerian military has commenced monitoring social media activity of Nigerians has been in the news in the past few days. This development might not be unconnected to the recent pronouncement by the Vice-President that hate speech will soon be considered an act of terrorism. President Muhammadu Buhari also spoke along this line saying when he spoke concerning some distressing comments he encountered on Nigerian social media during his long medical vacation in London.

The Director of Defence Information, Major General John Enenche, while speaking recently during an Interview session on Channels television, stated that “The activities of Nigerians on the social media are now being monitored for hate speech, anti-government and anti-security information by the military”.

He went further to state,

“What are we doing? In the military, we are now taking on it more seriously than ever. We have our strategic media centres that monitor the social media to be able to sieve out and react to all the ones that will be anti-government, be anti-military, (and) be anti-security. We tackle them appropriately with appropriate responses. Ahead of that, we are also proactive. We have measures in place, scientific measures to be able to sieve this information and also to get the public and let them know that some of this information they are getting is not genuine are not true and their objective is an anti-corporate existence of this country.”

These sentiments expressed by the Defence spokesman was echoed by the Twitter handle @DefenseMonitor, which was widely assumed to be a communications outlet for the Defence headquarters. Thankfully, the Presidential Office for Digital Communications through their Twitter handle @DigiCommsNG has come out to denounce the @DefenseMonitor handle as fake.

As we wait for more facts to emerge, we at Paradigm Initiative are justifiably alarmed at this development and call on all other defenders of digital rights of Nigerians to join us in calling for caution. We contend that all measures taken to safeguard the security of Nigerians must also by default protect their digital rights such as privacy and freedom of expression online.

In response to these developments, ‘Gbenga Sesan, the Executive Director of Paradigm Initiative, said, “The statement made by the Director of Defence Information during the Channels television interview is worrisome. More troubling is the inability of the Defence Headquarters in following the Presidential Office for Digital Engagement in denouncing the tweets by @DefenseMonitor – tweets which essentially echo the sentiments of the Director of Defence Information. Merely disowning the twitter handle is not enough, the military must assure us by its words and actions that it does not share the sentiment expressed by the suspended twitter handle”

Speaking further on this, the Director of Programmes of Paradigm Initiative, Tope Ogundipe, stated, “We urge for caution in light of this new development. While we await more information, the words of the Director of Defence Information and the sentiments echoed by the now denounced Twitter handle @DefenseMonitor are consistent with the experience of numerous Nigerians who have been arrested for exercising their right to freedom of expression online. We maintain that the digital rights of Nigerians must be respected irrespective of any security measure implemented by the government”.

Lending his voice to the debate, the Program Manager for Magoyi, Paradigm Initiative’s digital rights advocacy programme, Boye Adegoke, added, “This new development follows a noticeable trend in Nigeria, where policies and legislation like the Cybercrime Law have been made by the ruling class to silence the voices of ordinary Nigerians. In response to this, over the years Paradigm Initiative has organized workshops and roundtables to sensitive the public and policy makers on digital rights. We are also working alongside our partners to pass the Digital Rights and Freedom Bill, which seeks to safeguard the human rights of Nigerians online, into law”.

Although Paradigm Initiative very much supports any effort taken to safeguard the security of Nigerians, we contend that they must have a basis in the rule of law and must have the appropriate legislative oversight. Paradigm Initiative, therefore, calls on the Defence Headquarters to join the Presidential Office for Digital Engagement in denouncing the viewpoints expressed on the @DefenseMonitor Twitter handle.

Paradigm Initiative will continue to work to defend the digital rights of Nigerians. Digital rights like privacy and freedom of expression are important components of modern societies and must not be sacrificed on the altar of national security.

For more information on this topic, please contact Tomiwa Ilori via tomiwa.ilori@pinigeria.org. 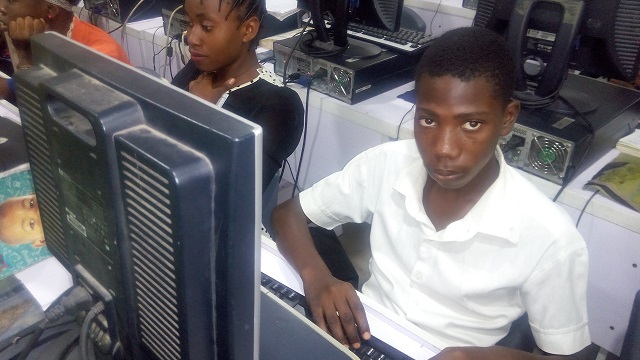