Online courses as a means of developing digital expertise in Africa 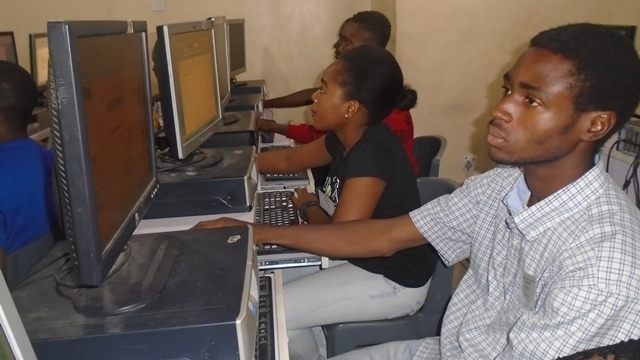 “The World is flat” is the title of the bestselling book by Thomas Friedman, the influential American author and Journalist, where he argued that several developments in the 21st century such as outsourcing, the personal computer, the Internet, the standardization of commercial technology globally and international trade have led to a shift in economic competitiveness across the world. This shift has created a level playing ground and new opportunities for millions of people in developing countries who hitherto were economically and socially disenfranchised. Empowered by these new opportunities, many of the world’s poorest nations have over the space of a decade developed highly skilled workers who have not only put pressure on workers in developed nations but are also displacing them in some instances. Several corporations in the European Union and the United States now outsource services such as call centre operation and computer coding to markets in Asia.

One of these levellers of development, the Internet, has transformed the way educational content is delivered worldwide. The rise of Massive Open Online Courses (MOOCs) allows millions of people to attain professional and university level training affordably and at their own pace. This has undoubtedly revolutionized education in the past decade. MOOCs platforms such as Edx and Coursera, backed by leading international universities, provide easy access to training in highly sought skills such as Data Science and computer programming.

Africa’s severe developmental challenges have often meant that development workers and partners working on Digital inclusion on the continent have often focused more on providing the basics such as greater Internet access and computer appreciation to the mass of underserved youth on the continent. However, in the past five years, several tech clusters have emerged across Africa, a testament to the maturing expertise of a young people in Africa in the higher end tech skills. As the success stories of these tech start-ups spread, including how they have successfully secured international investment funding, they can inspire a whole new generation of Africans to change the digital landscape in Africa.

Thousands of youths across Africa, using these success stories, can thus envision a viable future in technology. And given the challenges inherent in many education systems in Africa, MOOCs provide an avenue where Africa’s budding technologists can learn with the best students and teachers in the world, demolishing the developmental barriers common to the continent. Raising awareness of the many opportunities that abound in MOOCs is key to this objective. In this regard, Paradigm Initiative has been in the forefront of spreading awareness of the big opportunities available in MOOCs and other digital tools. Through our digital inclusion program called ‘LIFE’, an acronym for ‘Life Skills. ICTs. Financial Readiness. Entrepreneurship’, we are working across underserved communities and schools in Nigeria to improve the livelihoods of youths through ICTs.

For youth in Africa to derive the best benefits from the opportunities inherent in MOOCs however, African governments must resist the temptation to shut down the Internet as they have repeatedly done in the past 2 years. Our Digital Rights in Africa Report 2016 documented 11 cases of Internet shutdowns in Africa in 2016. In 2017, there have been 7 cases of Internet shutdowns in Africa – In Cameroon, Ethiopia, Senegal, Morocco, Mali, South Sudan and Togo. The Internet shutdown in Togohappened on Tuesday, September 5, 2017, in response to political protests in the country. As demonstrated by the story of Nji Collins Gbah, the 17-year-old Google coding champion from Cameroon who might have missed the opportunity to enter the competition had the Internet shutdown of January 17, 2017, in Cameroon arrived a day earlier (January 16, the deadline for the competition), numerous opportunities for self-development for youth are lost through Internet disruptions. For Africa to reach its full potential, developmental tools like the Internet must be kept on and its use encouraged, particularly by young people.