PIN has written a 2-page letter to Nigeria’s President Buhari to protest the violation of human rights of private citizens as well as abuse of power by some Governors in Nigeria. The letter is based on earlier work on the subject of Internet Freedom by PIN, and follows an investigative report published by Premium Times, where incumbent Governor Dickson of Bayelsa State , ex-Governor Amaechi (Rivers State), ex-Governor Akpabio (Akwa Ibom State) who is also the current Minority leader in the Nigeria’s Senate, and ex-Governor Uduaghan (Delta State)  were said to have engaged in illegal surveillance and hacking activities which involves them breaking into target computers and phones to monitor citizen’s private and confidential conversations on communication devices.

The letter was to demand that President Buhari use his good office to protect the rights of citizens by Investigating and bringing to Justice every one found culpable in these illegal activities.

Copied in the said letter were;  the Vice President, Senate President, Speaker house of representative, Chief Justice of the Federation, Permanent Secretary Federal Ministry of Justice,  National Security Adviser,  National Human Rights Commission,  Femi Falana Chambers, Nigeria Bar Association, United Nations Human Rights Commission, Freedom House International, Department of State Security Services, United Nations Secretary General, and Amnesty International.  According to the Premium Times report which quoted sources from the National Security Adviser’s office and some of the governments under investigation, the illegal practice of intercepted calls and hacked phones and computers gave these public servants backdoor access  to many people’s private lives, at the expense of taxpayers they swore to serve. Right to privacy is a constitutionally guaranteed right of every Nigerian citizen.

As part of Paradigm Initiative Nigeria’s  Internet Freedom Advocacy efforts, PIN raised an alarm when it was reported in the media that the  Nigerian government under president Goodluck Jonathan invested massively in surveillance equipment as reflected in 2013 and 2014 National Budget. PIN published two Policy Briefs on May 29, 2013 and November 29, 2013, to identify the underlying issues and raise public awareness on the implications of these activities. In addition to this, a Freedom of Information request was made to demand contract details of purchased surveillance equipment as listed in the country’s national budget for 2013 and 2014. The request was denied, following which PIN approached the Court in order to pursue justice.

The constitution is the supreme law in Nigeria and it does provide for freedom of speech, association, rights to privacy, etc. of every citizen. National Security has become a ready excuse for Government to acquire sophisticated technology with capability to monitor and spy private citizens’ online activities or conversations such as email, phone calls and all forms of text/chat messages. The concerns of abuse PIN has consistently raised has once again been confirmed by the Premium times report. PIN has been unequivocal in her demand for protection of online rights of citizens even in the face of security challenges Nigeria currently faces. PIN’s position is that any form of interception, even those for the purpose of security, requires judicial oversight and legislative processes must come first. PIN is currently leading an effort with the NetRightsNG coalition for Nigeria’s Digital Rights and Freedom law to ensure that Citizens right as established in the 1999 constitution of Nigeria are guaranteed online.

If you would like more information about this topic or further project description on PIN’s Internet Freedom Advocacy work, please call ‘Boye on +234 9 291 63 01 or mail boye.adegoke@pinigeria.org 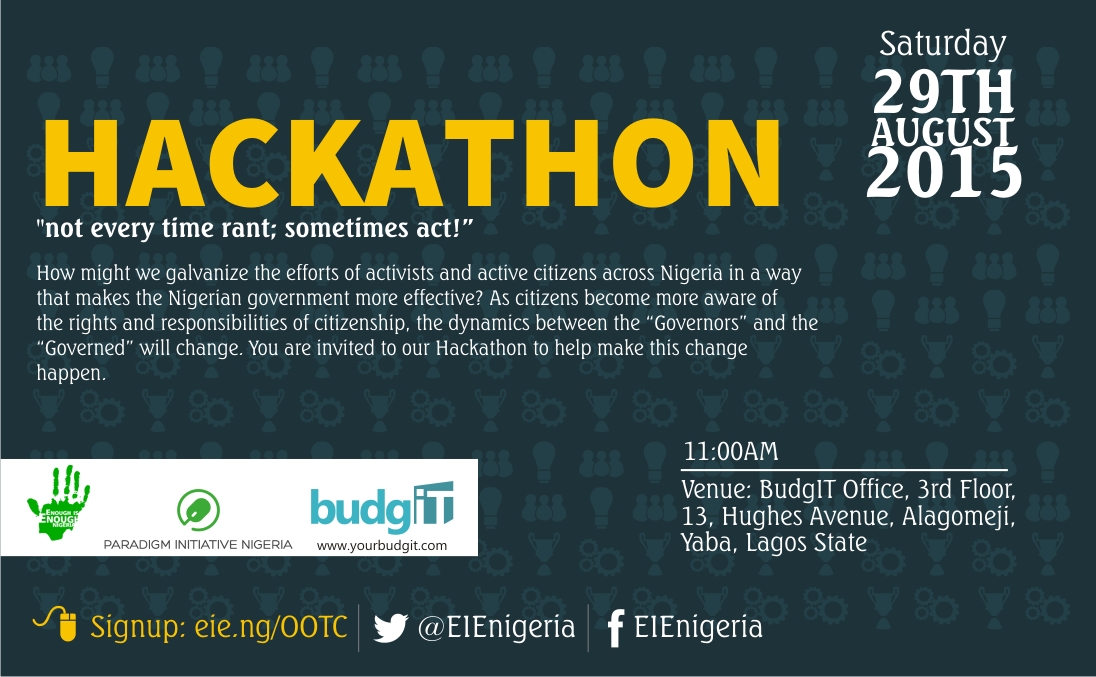