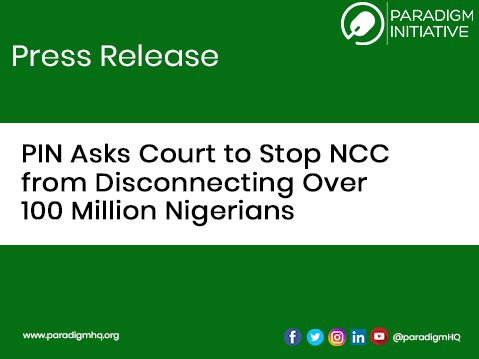 “The proposed blocking of SIM cards not linked with the National Identity Number is unlawful and unconstitutional,” says Adeboye Adegoke, Senior Program Manager at Paradigm Initiative. “Many young people and others, using their mobile phones for expression or to do business online will be affected by the poorly thought-out policy. No reasonable Nigerian will support such a policy that is geared to make life unbearable for Nigerian citizens.”

In June 2020, the Director General of the National Identity Management Commission, Aliyu Aziz, said only 38% of Nigerians have any form of identification. According to him: “…over 100 million Nigerians have no identity (ID). These include the poorest and the most vulnerable groups, such as the marginalised – women and girls, the less-educated people, migrants, refugees, asylum seekers, stateless persons, people with disabilities and people living in rural and remote areas.”

The said policy has created panic in the polity since it was announced. Nigeria, at the moment, is experiencing a second wave of the COVID-19 pandemic according to the daily numbers from the Nigeria Centre for Disease Control (NCDC) in the past one week. “This is a time when we need to discourage public gatherings and crowds, but it appears that the government is not sensitive enough and has asked that 100 million Nigerians should go and register for the National Identification Number within 2 weeks, so we are left with no choice but to seek the intervention of the court.”

“Requiring over 100 million Nigerian citizens to register for NIN in two weeks is not only unrealistic but a fire brigade approach to governance that will not bring any value to the people,” says Valery Njiaba, Communications Officer at Paradigm Initiative. “Whatever the government is trying to achieve by the strange directive is ignoble. When the same government of Nigeria tried to compel students writing UTME examinations to register for the NIN as a pre-requisite to sitting for the examinations earlier this year, many students couldn’t register, even though there are documented cases of government officials and law enforcement officials taking advantage of the desperation of the students to register for NIN to extort them and their parents. The government was forced to walk back on the policy at that instance. These are the types of effects the fire-brigade approach to policymaking could lead to”, Valery concluded. 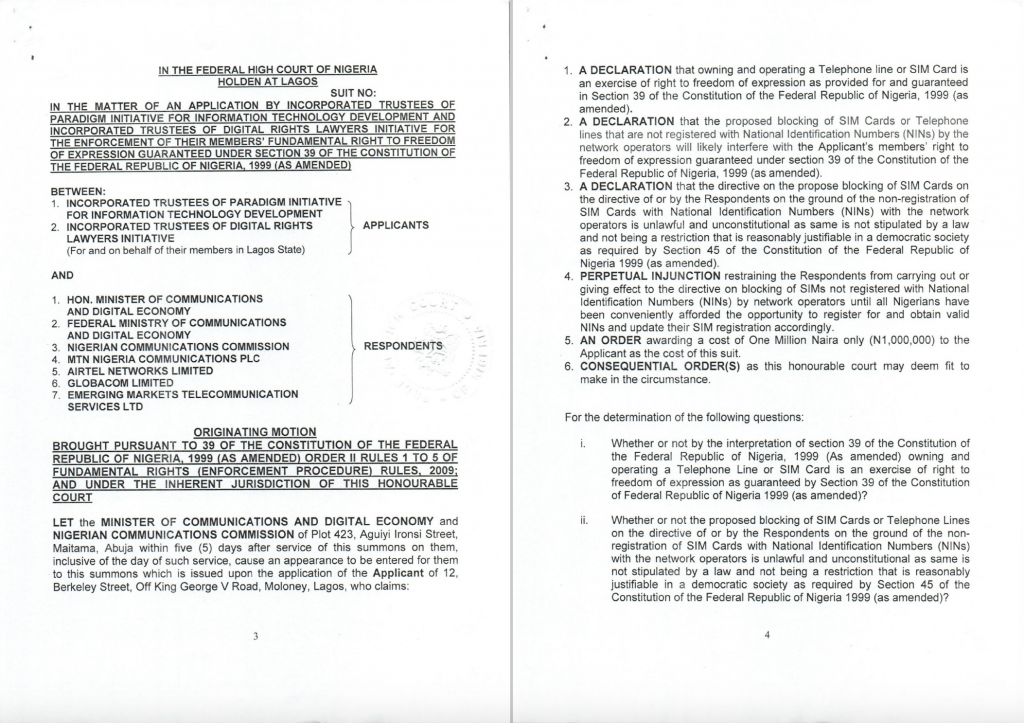