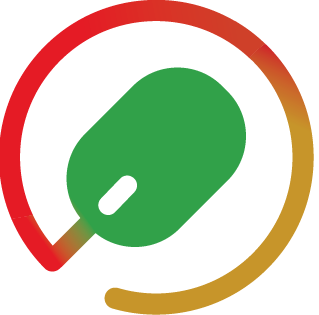 Based on available evidence, Sierra Leone has, on the night of March 31, 2018,  joined the bad company of African countries resorting to Internet Blackout during elections.  When prior to the elections, the Sierra Leone Information Minister allegedly threatened to shut down the Internet during elections, the government swiftly denied any such plan. Unfortunately, the government has seemingly failed to keep to its word. According to reports from local sources, “The government blocked all internet carriers on elections night while vote counting was ongoing.” The shutdown reportedly lasted for about 9 hours, after an initial one-hour shutdown.

Speaking on the development, Babatunde Okunoye, Research Officer at Paradigm Initiative, “although there are reports that the ACE submarine cable, along the West African coast serving several countries, was cut during this time, we believe this alone does not account for the level of traffic disruption experienced in Sierra Leone, neither does it account for the absence of mobile telephone services. Clearly, something else, something more sinister, was at play in the country.”

Speaking on the development, Adeboye Adegoke, Program Manager for Paradigm Initiative’s Digital Rights work in Anglophone West Africa stated that “Digital Rights are crucial and cannot be overemphasized. Every Sierra Leone citizen is entitled to the freedom to access information online and express thoughts and opinions no matter how unpopular they are. Also, Internet shutdowns have grave economic implication as a lot of small and medium scale business depends on the Internet for their survival”.

“There is no evidence to suggest that Internet Shutdowns are justifiable during elections. What is evident however is that Internet Shutdown makes it easy to compromise the outcome of elections by changing results during manual transmission. We urge the government in Sierra Leone to actively recognize the independence of the nation’s media and the rights of citizens to receive and share information using the digital platform,” Adeboye said.

Also speaking on the incident, Farida Nabourema, a Human Rights Advocate who was present in Sierra Leone on election day, fumed at how African government tends to copy bad practices more than best practices from one another. “When they see that others can get away with suppressing rights in neighboring countries, they copy and paste it in their own country. Shutting down the internet and all phone carriers on elections night is a wrong move from the government of Sierra Leone especially after requesting that elections results be transferred manually”. How will electoral bodies report incidents?” Nabourema quizzed.

We understand that the 1991 Constitution of Sierra Leone guarantees several human rights, some of which are the freedom of expression, of conscience, of association, and of privacy. We, therefore, urge the Government of Sierra Leone to not only recognize these rights offline but also online”

We are not unaware of the magnitude of responsibility which the Sierra Leonean Government bears in ensuring the safety and security of its citizens and we also know that technology can be abused. However, depriving citizens of their fundamental rights or oppressing them is never a solution to such fears. We, therefore, urge the Sierra Leonean Government, once again, to truly be democratic in its administration and respect the Digital Rights of her citizens all the time.

PrevPreviousCall for Application: Fully-sponsored participation at the 2018 Nigeria Internet Governance Forum
NextShots fired Against Digital Rights in Uganda and TanzaniaNext