Exciting! Our Dare to be the Brightest ICT Guy/Girl project hosted 30 schools in Kano State from October 20th -22nd, 2015. The training and ICT Quiz competition was organised in conjunction with the state’s Ministry of Education, with adequate support provided by Etisalat and Dufil Foods (the makers of Indomie). 476 students participated in the two-day training and 29 schools were represented at the ICT Quiz Competition. The winners of the 4th edition of the Dare to be BIG competition were Government Secondary School Kawaji, Government Girls Secondary School Shekara and Government Girls Secondary School Dukawiya who took 1st, 2nd and 3rd position respectively. The schools were presented with trophies while the students who represented the schools and were also presented with Etisalat Cliqlite courtesy Etisalat and android phones. Participants that took 4th-8th positions were also given branded shirts, and all schools were given educational comic materials as consolation prizes from Etisalat.

PIN also sent a letter to the Central Bank of Nigeria to suspend the Bank Verification Exercise (BVN) it mandated all Nigerian banks to embark on. The letter was written against the background of President Buhari’s call for harmonization of all data collection agencies in Nigeria pending the time a viable law is passed by the National Assembly to cater for Data Use in Nigeria. The letter was acknowledged by the Apex Bank as received.

In the month of October, Ajegunle and Aba Innovation Centres continued to touch the lives of under-served youths through the L.I.F.E. Program. The final session of training for the year 2015 commenced with rigorous selection process from a pool of  several applicants for the 2015D session. 40 qualified applicants were selected to partake in AjegunleLIFE 2015D session while 65 applicants were selected for AbaLIFE 2015D session. Orientation exercises for selected students, parents and volunteers also held concurrently at both Ajegunle and Aba Innovation Centres from Tuesday 6th – Friday 9th October 2015. The orientation sessions are for the purpose of getting parents and students acquainted with the L.I.F.E. training program.

L.I.F.E. 2015D training commenced with the ICT classes 12th October 2015, the students were trained on how to use different Microsoft productivity tools (MS Word, Excel and Powerpoint) and the Internet.
5 students from AjegunleLIFE alumni were selected to volunteer for W.TEC (an initiative that runs an after-school Technology Club in public schools).

PIN celebrated the first anniversary of her Digital Jobs project in Nigeria on October 2nd, 2015. The 1st anniversary tagged #OCTOBER2, was well attended by stakeholders who have worked with Paradigm Initiative Nigeria on the Digital Jobs project. Ugochukwu Nwosu, Stakeholder Development Officer for Rockefeller Foundation in Nigeria and Ghana was in attendance to give the opening keynote address at the event. In addition, online workers who have been trained by PIN on the Digital Jobs project were present to share their success stories.
Trainings in the month of October included the specialised skill class featuring the Advance Microsoft Office Suite with Joel Ogunsola and David Olaniyan as facilitators. The 22 Participants who attended the training on the 7th and 8th of October learnt how to use Microsoft Office Word, Excel, PowerPoint and Project to enhance their productivity. In addition, the Marketing and Sales training class facilitated by Jide Adeyemi took place from 13th to 14th, October 2015 and was attended by 21 participants. Participants learnt how to effectively sell their products or services.

PIN also organised 2 online work trainings in the month of October. The first training was attended by online workers who are having challenges with their Upwork/Elance accounts while second training was a special session for undergraduates from Yaba College of Technology, willing to earn an income whilst schooling. The trainings took place on the 9th and 30th of October and were facilitated by Gbenga Adebiyi and Elijah Otor respectively.

Prizes were also presented to the winners of the Digital Jobs #SeptemberChallenge. The contest which took place from September 7th – October 28th required online workers from October 2014 to post a 15-second video of them pitching their work on Instagram. Winners of the challenge were Elijah Otor, Tobi Obaniyi and Gbenga Olukosi who won Mini-laptop, Tecno Camon C8 and a Universal internet respectively. 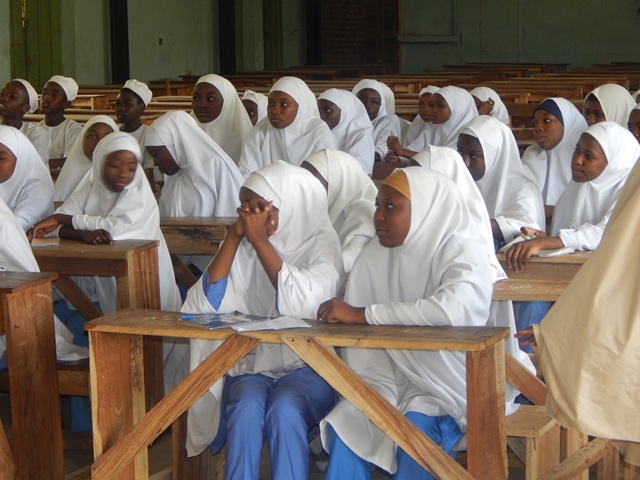 PIN Trains 479 Students From 30 Schools at #DareToBeBIG In Kano

PIN Trains 479 Students From 30 Schools at #DareToBeBIG In Kano