Home » #PINternetFreedom » Technology and the Future of Work: My IGF 2017 Experience

Technology and the Future of Work: My IGF 2017 Experience 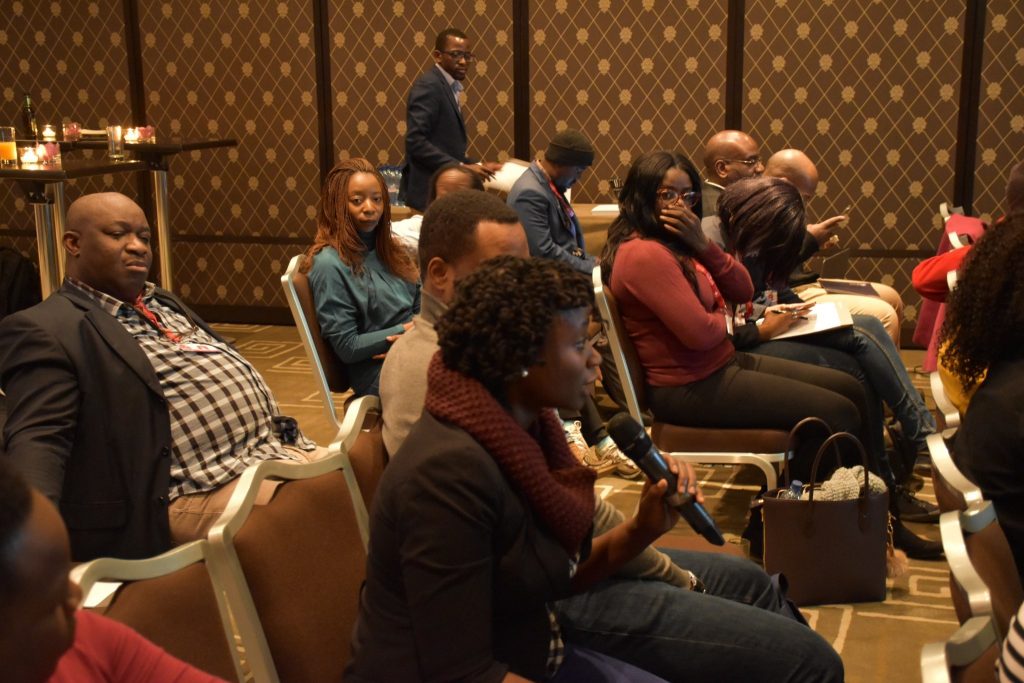 I attended my first Internet Governance Forum (IGF) in Geneva from the 18th December to the 21st December 2017. The theme of this year’s IGF was ‘Shaping your Digital Future’, and being the multi-stakeholder forum that it is, it was attended by representatives from governments, the private sector, civil society and academia.

The IGF was designed as a meeting place for governments, the private sector, civil society, academia and all other stakeholders to deliberate on the issues shaping the Internet, as equals, and over the years, it has increased in stature as a premier Internet Governance forum.

As a representative of Paradigm Initiative at this year’s IGF, I set out to attend as many digital rights and digital inclusion sessions as possible. However, in this blogpost, I share my perceptions from two sessions I attended on Artificial Intelligence (AI) and the future of work. The sessions in question are:  Making artificial intelligence (AI) work for equity and social justice (WS129) and AI: Intelligent Machines, Smart Policies (WS93).

One thing which was immediately clear from the sessions was the clear underrepresentation of Africa at these sessions. When it was time for questions also, most of the questions came from the perspectives of the developed world. This was a shock because I know that African voices are heard quite clearly in forums which focus on Internet freedom and digital rights in Africa. The lack of sufficient African representation in sessions which had a bearing on the future welfare of Africans was not what you would expect from a continent seeking to bridge the digital divide.

The most important pull-out from the 2 sessions on AI I attended was on the impact AI will have on future employment and well-being. It was argued that while AI will not have a great impact on employment levels, its impact will be felt more in the levels of inequality between the developed and developing world. The explanation for this being that the current tasks assigned to AI in the workplace are tasks for which there is a scarcity of human talent, and as such the introduction of AI will not necessarily lead to unemployment. Moreover, AI would lead to the creation of new co-working roles with AI, and AI administration and governance roles. However, the automation of tasks in the developed world will create economic efficiencies which will further worsen the economic disparity between rich and poor nations.

Personally, the argument that AI will initially lead to minimal job losses was scant consolation. An OECD study has estimated that only 11% of adults in the OECD have competencies exceeding AI’s current competencies[1]. That means that at the moment, in theory at least, AI can outperform about 90% of adults in logical tasks within one of the most developed economic blocs of the world with advanced educational systems. I will be interested in knowing what the percentage for Africa is.

Which is where the challenge is: In a world which is increasingly becoming globalized, the successful integration of AI systems into critical sectors of the economy will definitely be copied elsewhere, including Africa as employers seek to cut costs and improve efficiencies. What will this mean for employment and citizens’ welfare in Africa? While the rest of the world have begun having these conversations[2], Africa seems to have adopted a ‘wait and see approach’, will not bode well for the continent.

My take on IGF 2017? While the event website already shows that Africans are already underrepresented relative to the rest of the world, it would seem the few Africans who do attend are encumbered with the weighty matters of the present – internet penetration, digital literacy, digital rights to mention a few, and are distracted from discussions which are shaping the world of the future – which do not appear as urgent for Africa. Future African representation at subsequent IGFs needs to strike that delicate balance between the present and the future, so as not to lose the future to the more foresighted.