Home » Advocacy » REQUEST FOR PROPOSAL: Production of a Short Film on the State of Digital Rights and Inclusion in Africa

REQUEST FOR PROPOSAL: Production of a Short Film on the State of Digital Rights and Inclusion in Africa 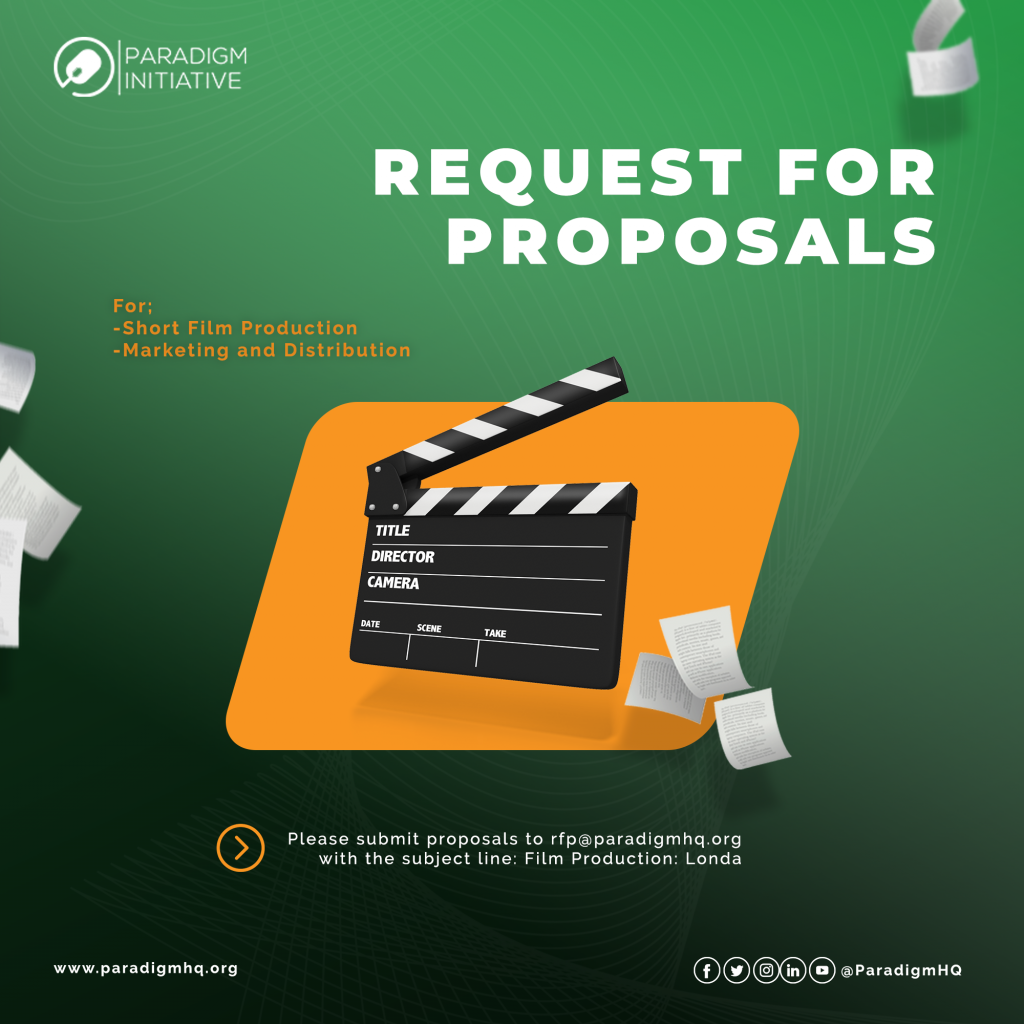 Paradigm Initiative (PIN) is a social enterprise that builds ICT-enabled support systems and advocates for digital rights in order to improve the livelihoods of under-served young Africans. PIN has developed Londa: A Report on the State of Digital Rights and Inclusion in Africa which presents the state of digital rights in 20 African countries and makes key recommendations for digital rights and inclusion protection. It captures among other things, the digital divide worsened by the COVID-19 pandemic. The report unearths infractions on different thematic areas such as privacy, access to information, and freedom of expression with the legislative and policy backdrop well enunciated.

PIN seeks to produce a short film, of between 15 and 20 minutes, that tells the story of digital rights and inclusion in Africa. The film must bring out a major theme across the 20 countries reported in Londa. The purpose is to present a visual production that can be viewed and understood by diverse members of the African society. The language used must be simple, inclusive, and comprehensible to reach a wide audience in Africa. As such, the applicant must respond with an indication of a robust marketing strategy.

PIN is hiring a production company to do the following;

The movie production company will do the following:

The proposal should provide the following information:

If this RFP describes your capacities, kindly submit your proposal by 15 February 2021. PIN welcomes collaborative submissions of more than one applicant.