Home » Without Category » PRESS RELEASE: A CALL TO END THE CLAMPDOWN ON PRESS FREEDOM IN NIGERIA

PRESS RELEASE: A CALL TO END THE CLAMPDOWN ON PRESS FREEDOM IN NIGERIA 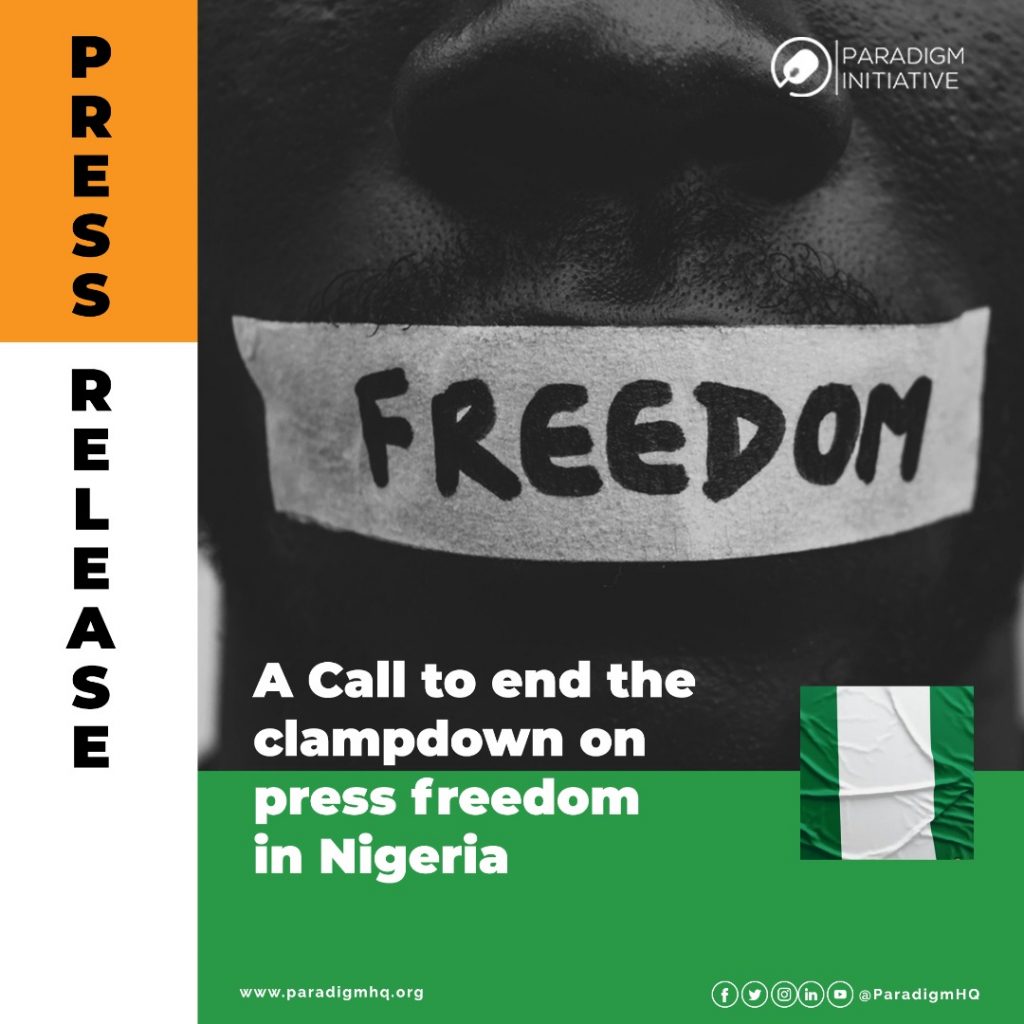 On the 27th of January 2021, Peoples Gazette released a calling on the government to restore the news platform for public access. Peoples Gazette noted the coordinated disruption of their service on all telecommunications networks in Nigeria. They claim this is a directive from the Nigerian government, specifically the Nigerian Communications Commission, to blacklist their web address alongside other domain names which is unacceptable.

Freedom of the press is one of the cornerstones of democracy, one that we must fiercely protect. Any attempt at shutting down the press is outrightly illegal and a violation of the freedom of expression, including the freedom to hold opinions and to receive and impart ideas and information without inference, protected by section 39 (1) of the Constitution of the Federal Republic of Nigeria(As amended). It further dampens the fundamental objectives contained in Section 22 of the Constitution that gives the press, and other agencies of the mass media the duty to uphold the responsibility and accountability of the government.

This administration, has in many ways proven to be against press freedom and internet freedom carrying out moves interpreted as a clampdown on democracy, in a democratic system.

Paradigm initiative in its consistent commitment to protect and defend digital rights condemns in the strongest terms these acts by the Nigerian government through the Nigerian Communications Commission (NCC). We have engaged the NCC in the past on the same subject and we will continue to do so.

We must continue to actively engage the system to preserve all the elements that make us a democracy. Our tool as a people remains the law and must engage the law for our country to work for us.

Notably, the clamp down on the media in Nigeria continues because of the skepticism of citizens, institutions, and the victims of these violations to engage the judicial system to seek redress. All hands need to be on deck to push back on what has now become the government’s playbook in shutting down opposing voices. Paradigm Initiative and many other concerned organizations are willing to support platforms that are victims of government censorship to get judicial redress. We call on all meaningful Nigerians to support these efforts at curtailing the excesses of the government and its attack on the freedom of the press and the Internet.

We equally urge the Nigerian authorities to respect and enforce their citizens’ right to access to information, the rights of freedom of expression and opinion as assured and protected by the 1999 Nigerian Constitution(as amended).

PrevPrevious#EchoesFromLIFE: PRECIOUS DEDE Shares her Amazing Story
NextCHIGOZIE ISRAEL: I am Now a Better Person in Almost Every Area of My Life Because of the LIFE Program.Next