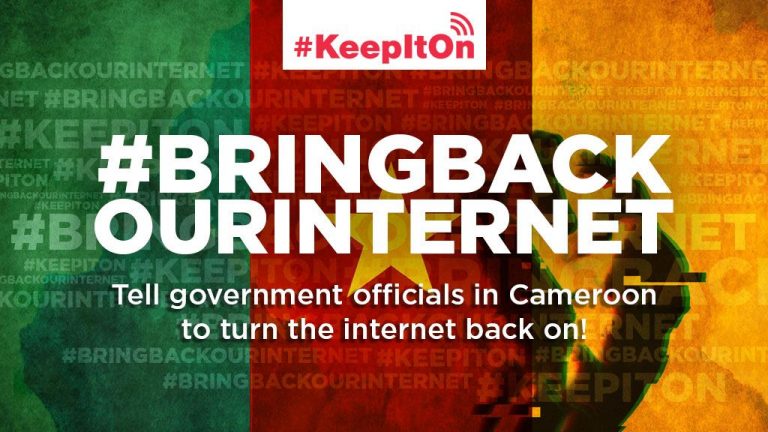 A digital rights advocacy organisation, Paradigm Initiative has condemned the ongoing internet shutdown in Cameroon, which began on September 30, 2017. There are confirmed reports of a total blackout in the Anglophone regions of the country, while the Francophone regions are experiencing social media blockage. The new internet shutdown is directly connected to the agitation in the Anglophone regions for independence, an agitation the government has met with violence and internet shutdown.It would be recalled that the government earlier this year set an unenviable record when it shut down the internet for ninety-three days, attracting a worldwide outrage.

According to ‘Gbenga Sesan, Paradigm Initiative’s Executive Director, “this ongoing shutdown is particularly worrying because the government sent out a press statement dated September 27, promising not to shut down the internet. It is frustrating that the government has turned around to go against its own words, all within a few days”.

Internet shutdowns constitute an unacceptable affront to citizens’ freedom of expression and are disastrous for the economy of the affected regions as they affect people’s ability to communicate, conduct business, call for help, apply for opportunities, among other important tasks.

According to the Collaboration on International ICT Policy for East and Southern Africa (CIPESA), internet shutdowns cost an average $1 Million a day. This is undoubtedly a price too steep to pay just to deny citizens a means of sharing their opinions and concerns.

‘Boye Adegoke, a program manager with Paradigm Initiative also said, “The ease with which African governments shut down the internet threatens the future of democracy and the nascent digital economy on the continent. This is why we recently wrote to international bodies including the Africa Union and the United Nations Human Rights Commission, urging them to halt the spate of internet shutdowns in Africa. These international bodies should intervene now, especially in Togo and Cameroon where the internet continues to be under attack from the state

“As civil society groups and other partners work to bring an end to the spate of internet shutdowns in Africa, we want to call on other African countries to avoid the bad examples displayed by Cameroon and Togo in recent weeks. In light of Africa’s severe developmental challenges, the internet, which is an enabler of development, should be kept on to help the continent make the leap and join the league of prosperous and developed nations,” ‘Gbenga Sesan added.