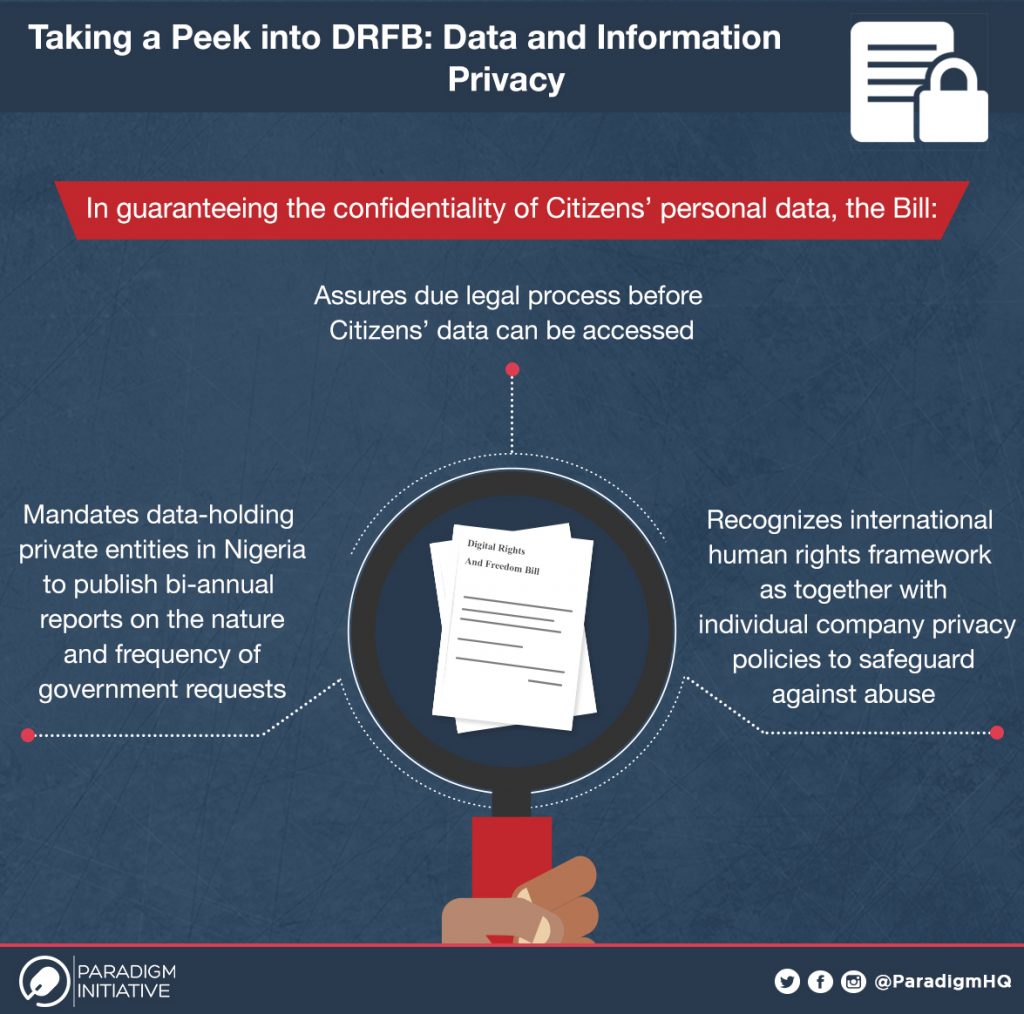 Nigerians on social media have expressed concern at the delay surrounding the transmission of the Digital Rights and Freedom Bill by the national assembly to President Muhammadu Buhari for the presidential assent. The much anticipated Bill was passed in March by the Senate, following passage by the House of Representatives in November 2017. Since then, the national assembly has not transmitted the Bill to the Presidency.

In a campaign led by Paradigm Initiative, hundreds of posts were made on twitter and other social media platforms, calling on the national assembly leadership to immediately transmit the Bill to the president. Using the hashtags, #DigitalRightsBill and #HB490, social media campaigners ensured the Bill received adequate attention throughout last week.

According to a statement by Paradigm Initiative, “We are worried that since the passage in March, the National Assembly is yet to transmit the Bill to the President for assent. Many Bills passed after DRFB have been transmitted to the president for his assent. This is why we have called on Nigerians to join us in a campaign dedicated to encouraging the national assembly to send  this Bill to President Muhammadu Buhari for his signature.”

According to ‘Gbenga Sesan, Paradigm Initiative’s Executive Director, “As we have said times without number before, The Digital Rights Bill is an important piece of legislation, not only for human rights in Nigeria but also for the economy of Nigeria.  The Bill provides for the protection of human rights online, protect internet users from infringement of their fundamental freedoms and guarantee the application of human rights for digital platform users.

The Bill strengthens users’ trust & has been lauded as a step in the right direction because of the value it brings to the digital economy and the rights of the people of  Nigeria. The bill seeks to guarantee human rights within the context of emerging innovative technologies, security concerns, increasing citizen participation in governance and democratic processes.”

The Bill empowers law enforcement agencies in Nigeria to leverage technology to carry out their work with best practices obtainable anywhere in the world, It also empowers young Nigerians who want to learn, innovate and do other forms of legitimate activities online by safeguarding their rights to do so. The Bill when it becomes law will boost technological innovations in Nigeria and reverse the adversarial tendencies often displayed towards young people who embrace technology by security agencies as demonstrated by recent outrage against SARS in Nigeria.

PrevPreviousLegal Battle Over CyberCrimes Act Moves to the Supreme Court
NextThree civil society organizations will hold the third edition of their New Media, Citizens, and Governance Conference in AbujaNext