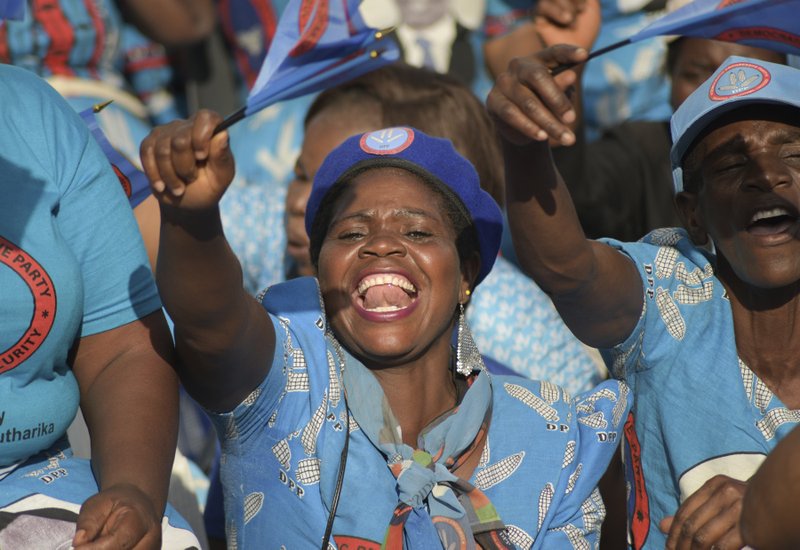 On Tuesday 23rd June 2020 Malawi went to the polls in a historic presidential re-run. The southern African nation shocked the continent and set precedence when the constitutional court overturned the May 2019 general election outcome and ordered a rerun due to apparent widespread vote-rigging.

On May 21st, 2019, Malawians went to cast their ballots, with the hope of a free and fair election devoid of all forms of violence and election malpractice. Almost ten candidates including the sitting president Peter Mutharika, who was standing for his second and final term, heavily contested the election.

While ballots were cast in a peaceful and uneventful manner, the aftermath of the elections left a mark for the people of Malawi. Three days into the voter counting, the opposition reported over 147 cases of ballot irregularities to the Malawi Electoral Commission and result sheets were found to have been tampered with, with some sections blotted out and altered with a correction fluid popularly known as Tippex.

News of the irregularities sparked protests in some opposition strongholds, however, the court lifted the injunction and the electoral commission confirmed President Mutharika’s narrow victory.

With 39% % of the votes in his favour, incumbent President Peter Mutharika of the Democratic Progress Party was declared the winner, beating his close opponents Lazarus Chakwera of the Malawi Congress Party and Saulos Chilima of United Transformation Movement who won 35% and 20% of the votes respectively. As of 2019, Malawi utilised the winner takes all system. President Mutharika refused to ratify the electoral reforms passed by Parliament, which would allow the majority vote to win (50% plus 1 system).

Meanwhile, the opposition runner up Lazarus Chakwera maintained that his party would not accept the fraudulent election outcome and subsequently petitioned the Constitutional Court. In 2019, Malawi was marred with unprecedented protest action by citizens, ranging from small and spontaneous unrests to large and organised demonstrations. Between May 2019 and July 2019, several protesters were killed and millions of dollars’ worth of property damage. The demonstrators demanded that President Peter Mutharika concedes defeat and the Electoral Commissions head, Jane Ansah, resigns for allegedly presiding over a ‘rigged poll.’

In February 2020, the Constitutional Court of Malawi finally delivered the landmark verdict by declaring the results of the election null, adding that they had not met the standards of a free and fair election, and called for fresh elections within 150 days, a move that was welcomed by many Malawians. The electoral commission was also charged with failing to uphold its constitutional responsibilities. The verdict, which was later validated by the Supreme Court, illustrated the growing independence of the Judiciary in Malawi.

Although an election postponement was looming, Malawians were bent on voting on June 23, 2020, regardless of the COVID 19 virus and rumours of delayed ballot papers that threatened to have the election date shifted even further. Some CSO groups and opposition party representatives went as far as monitoring the plane in real-time that was transporting the ballot papers to Lilongwe. In addition, the group gathered at the airport to monitor the arrival of the ballot papers.

While Malawi may have fared well in setting democratic precedence, the country reported declining respect for digital rights in 2019. The May 2019 elections saw a series of warning statements issued by the Malawi Communications Regulatory Authority (MACRA), aimed at internet users over the use of online and social media tools during the election period. A partial internet shutdown was also recorded shortly after the polls closed, the disruption lasted several hours on the evening of May 21st, 2019.

Such deciding moments provide a perfect cover for digital right violations to occur, perpetrated by those seeking to silence loud and dissenting voices online. Paradigm Initiative continues to monitor the situation in Malawi for any digital rights implications that may arise during the 2020 election rerun.

PrevPreviousPolicy Brief: Contextualizing the use of mobile data for COVID-19 surveillance in Nigeria
Next Paradigm Initiative praises historic ECOWAS Court decision on internet shutdown in TogoNext