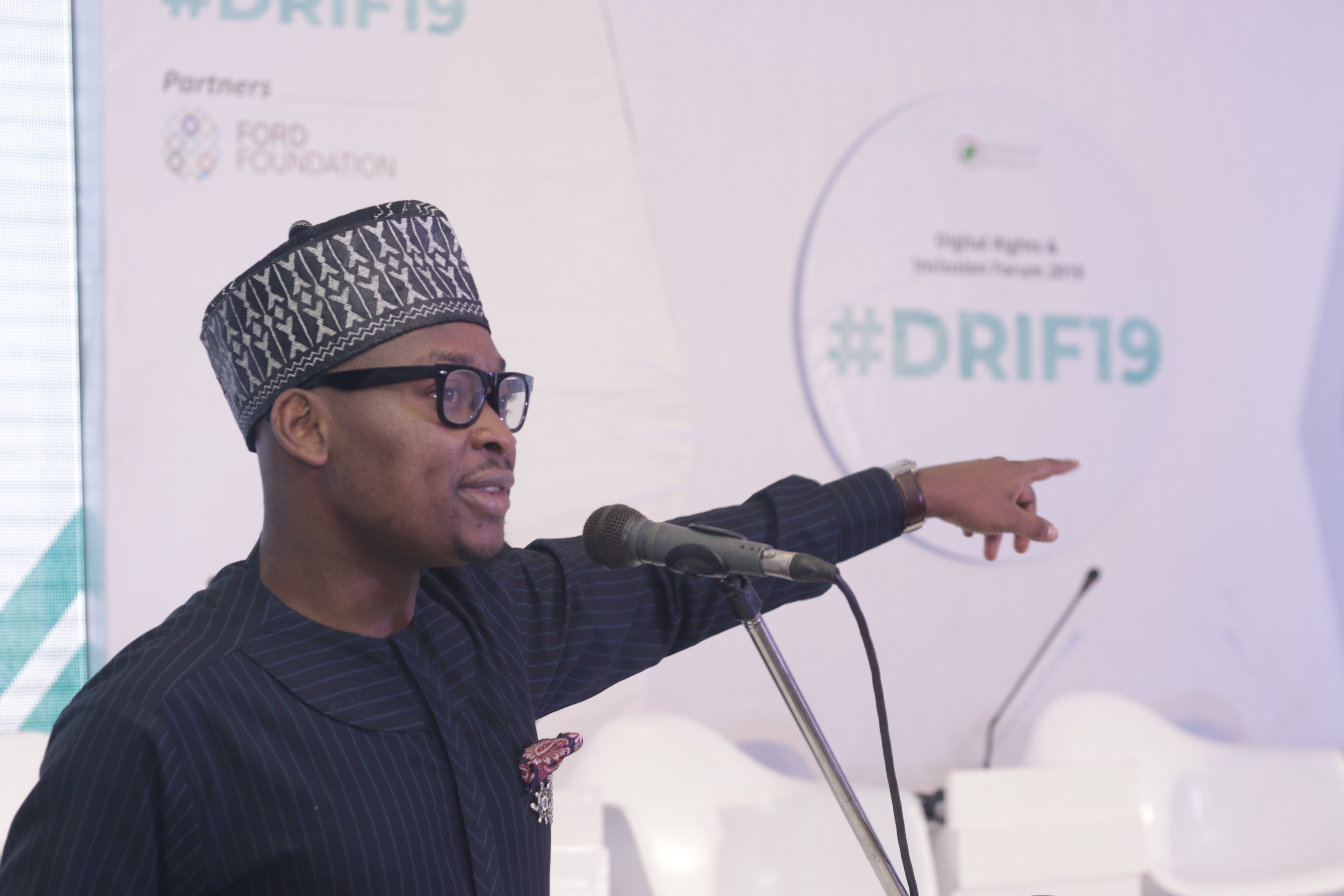 Delegates at the Digital Rights and Inclusion Forum have expressed concern at the spate of violation of human rights online on the African continent, calling for renewed action to protect the digital space from rights violations.

The delegates were speaking at the 3-day Forum which held in Lagos, Nigeria, from April 23-25 and welcomed delegates and speakers from across Africa and beyond. The Forum provides a platform for conversations on efforts to ensure human rights online are not violated and that more people in Africa are connected to the internet.

Anriette Esterhuysen, the former executive director of the Association for Progressive Communications, in her submission, argued that the internet has to be protected and remain open as “it is the usually the only means of expression for some minority groups to access information on issues that are not openly discussed.” Grace Githaiga, the co-convener of KICKTANET said, despite the challenges facing the digital rights space on the continent including internet shutdown, harassment of internet users and online journalists, and lack of data protection laws in many countries, “advocates should celebrate the positive- good laws, initiatives, and partners that allow us to meet and remaining optimistic of a better future.”

This came on the backdrop of conversation on internet censorship that has rocked the continent over the last few years. Africa now leads with the highest number of countries shutting down the internet or restricting service. In Chad, for example, social media has been shut down by the government for over a year now. In 2019 alone, Chad, Sudan, Zimbabwe and DR Congo have either shut down the internet or restricted access to services.

Speaking on the challenges facing efforts to improve internet penetration, Funke Opeke, the chief executive of MainOne Cable, emphasised the need for government to partner the private sector instead of constituting itself as a stumbling block to expand internet access. She said governments in other climes “create the right incentives and structures to facilitate access to the internet, especially in the rural areas. Dr Ernest Ndukwe, a former chief executive of the Nigerian Communication Commission, also urged civil society and active citizens “to focus more attention on what government can do to ensure people have access.” 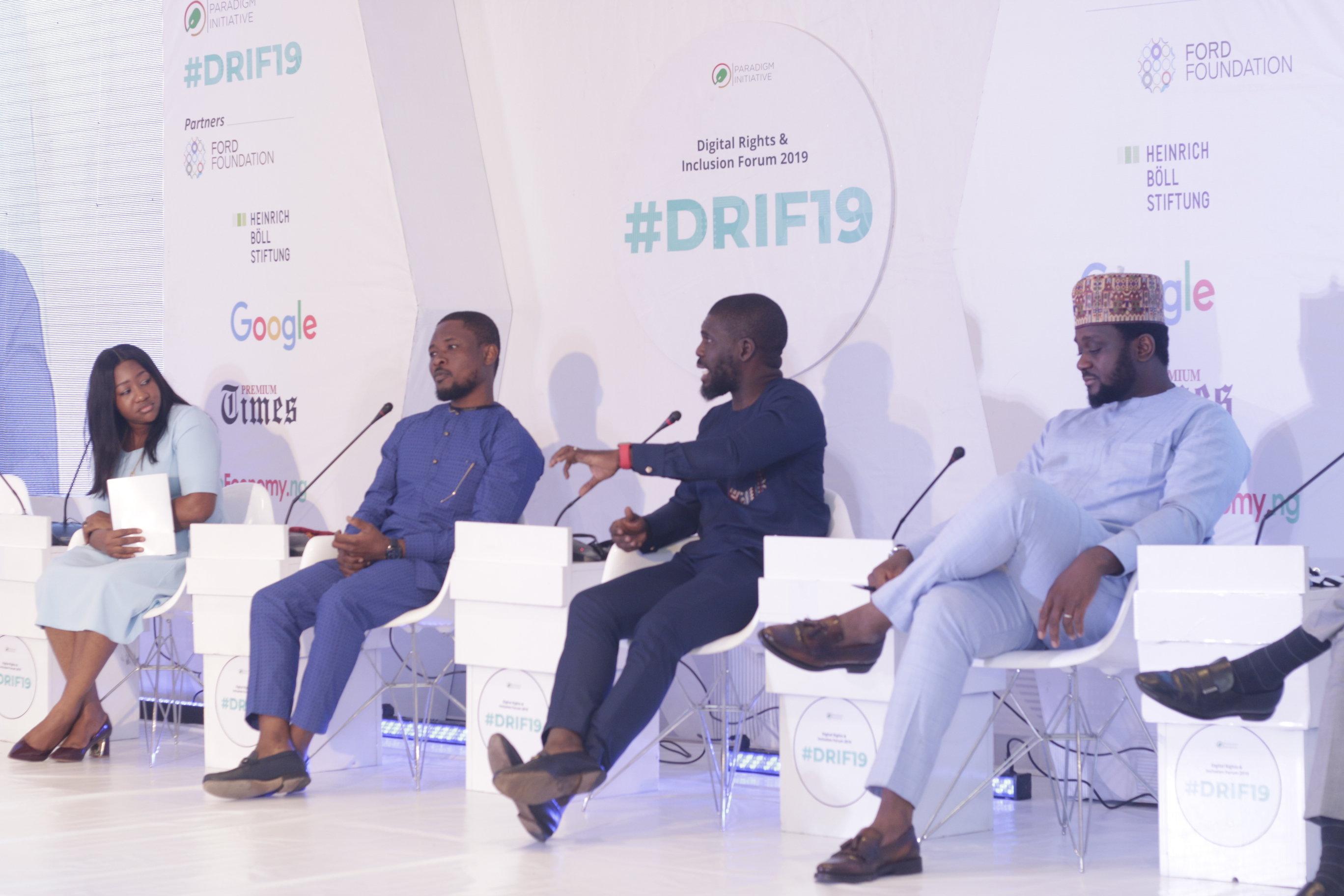 The Forum also explored the state of data protection and privacy laws on the continent. Ephraim Kenyanito of Article 19 and Morisola Alaba of Media Rights Agenda, while speaking on the new 5G technology, said there was an urgent need to have data privacy legislation as the technology made its way to the continent, saying the technical capabilities of 5G could allow for greater surveillance capacities for repressive governments. The tone for the Forum was set by the Opening Panel which was moderated by ‘Gbenga Sesan, the Executive Director of Paradigm Initiative and featured Hawa Ba, the Head of Senegal Office of Open Society Initiative for West Africa, Segun Mausi, Head of Africa division at Human Rights Watch, and a Emmanuella Darkwah who was representing Ghana’s National Security Advisor.

The Panel explored the centrality of human rights to modern society and the need to dedicate resources and attention to the protection of human rights. Hawa Ba highlighted the crucial role the internet has played in public education and mobilisation in Senegal and said it was important to ensure the internet remained an open and safe platform. Mausi Segun said all internet users have a duty to fight for the protection of digital rights and to make sure their government enables internet access for more citizens.

While according to Ghana’s Emmanuella Darkwah, Ghana was working on “ensuring internet and digital rights are encompassed in future laws” and, to among things, “make internet shutdown impossible in the country.” Togo, Chad and Cameroon bemoaned the ease with which their governments shut down the internet and specific internet services. In Chad, a delegate reported, social media platforms have been unavailable for over a year now, making life unnecessarily harder for the people of the country.

In his closing remarks, ‘Gbenga Sesan urged delegates to go back to their countries with a renewed energy to contribute to efforts to keep the internet safe and open to all users, saying “digital rights advocates are in the business of not minding our businesses. We have no choice but to be involved in efforts that help protect the internet, and to resist action that endangers human rights online.”

#DRIF19 is the seventh edition of the Forum which is convened annually to provide an “important platform where conversations on digital policy in Africa are shaped, and policy directions forged.” The Forum, organised by Paradigm Initiative and supported by Google, Ford Foundation, and Heinrich Böll Stiftung, welcomed delegates from 38 countries.