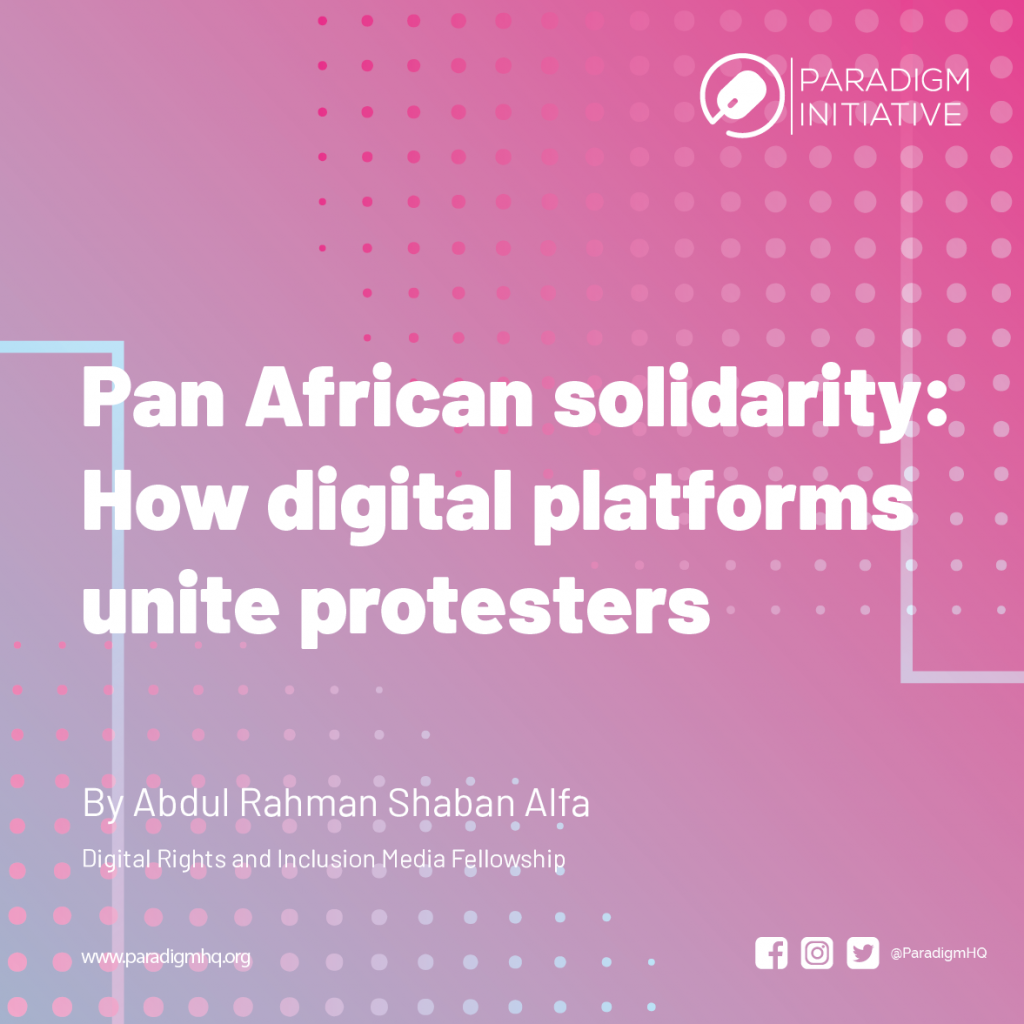 Protest support and or solidarity in these times have been made easy, easier if you want; thanks largely to the internet and social media – most especially the micro blogging site, Twitter.

The days when protests were largely localised continues to fade out as hashtags transcend boundaries with some going global as was the case with the #EndSars street protests that rocked Africa’s most populous nation, Nigeria.

Twitter became the standout medium through which thousands of people were mobilized locally and abroad to join in the calls to #EndSars – on and offline.

The fact that top global celebrities, football clubs, sportsmen and women, politicians and activists joined the call was a testament to the reach that Twitter gave the protest.

A Quartz Africa article published in October 2020 emphasized the boost that Twitter had on the movement whiles pointing out the counterproductive effect that Facebook and Instagram “unleashed.”

The latter pair admitted mistakenly flagging genuine posts on the October 20 Lekki toll booth shooting as ‘fake news.’ A mistake that activists say the Nigerian Army leveraged on to slap “fake news” labels on news reports on the incident.

“… causing harm to users and serving as evidence that those algorithms simply are not up to the job of fact-checking when large scale breaking news event occurs,” he added.

Africa has recently seen an intersection of protest solidarity with South Africa in the lead. Political parties, politicians and activists have tweeted in respect of rights abuses in next door Zimbabwe and as far as in Nigeria.

Former leader of opposition, Mmusi Maimane – currently leader of One South Africa movement – was a strong voice back then and also during the #EndSars crackdown in Lagos.

“To the youth of Africa I say this. Reject the orthodoxy. This is your time and it’s your future on the line. The old men have failed. To the youth of South Africa, Cameroon, DRC, Zimbabwe, Nigeria and Namibia, fight for the present that you deserve,” Maimane posted in an October 21 tweet.

The Economic Freedom Fighters, EFF; the third largest party has also consistently called governments out – especially in Zimbabwe and Nigeria – tasking them to respect rights of protesters.

Zimbabwean activists also threw support behind #EndSars protesters on Twitter as did Ghanaians counterparts, many of them published solidarity tweets during the protests and calls for justice after the Lagos incident.

“Attacks by an unidentified task team on peaceful protestors against Nigeria’s controversial SARS unit that have targeted innocent have made international headlines.

“There have been many casualties and while this caused Nigerians in South Africa to march to the embassy in Pretoria and President Muhammadu Buhari to deny that this unit was part of his army, the AU chairperson has not been quoted once in any of the stories.”

The above statement is attributed to South Africa’s main opposition party, the Democratic Alliance, DA; tasking president Ramaphosa to speak out on injustices ongoing in a number of African countries.

Most recently, #EndAnglophoneCrisis has also attracted a sizeable amount of solidarity tweets after primary school kids were killed by separatists in a part of Cameroon’s English-speaking region.

Role of WhatsApp and Telegram

Beside the solidarity push, the mobilization – of protest, finance – and the information dissemination of these platforms, WhatsApp has also strongly emerged as a preferred platform that helps rally support for protests.

“The fact that the app is very simple and mimics simple classic messaging appeals to a demographic that is not savvy enough to use traditional social media.

“Its ease of transferring information to contacts, just like SMS, but combined with the functionality of sending audio, photo and video has made it an important channel for disseminating information,” he told Sinath Saka, an RFI journalist in an French interview.

Sinath’s article on the impact of WhatsApp in the #EndSars protests also identified that its potency cut two ways. Whiles bridging information flow gap, it was the most complicit in spread of fake news.

Also in a time where authorities are increasingly employing heightened surveillance against activists, encrypted social media platforms have become the go-to outlet as admitted by a member of a group that rallied – on and offline support for protesters.

“Lots of conversations and groups have moved on to Telegram. This app has a better reputation in protecting users’ personal data.

“What we also notice is that on WhatsApp there is a lot of fake news that can increase ethnic and religious tensions,” Fakhriyyah Hashim of Feminist Coalition told the journalist.

One thing is clear, the speed with which social media exposes incidents in real time means that such cross-continental even global solidarity calls are here to stay. Governments may not heed these calls but the calls will only get louder if anything at all.

Hashtags are drumming home the point that citizens and neighbours will not remain hush in the midst of heavy-handedness or injustice – wherever and whenever it happens.

The writer, Abdul Rahman Shaban Alfa, is a 2020 Paradigm Initiative Digital Rights and Inclusion Media Fellow. He is a digital journalist who writes on major digital rights trends across the continent.