Home » Entrepreneurship » Nigeria: Could lack of digital skills be contributing to mass failure in UTME? 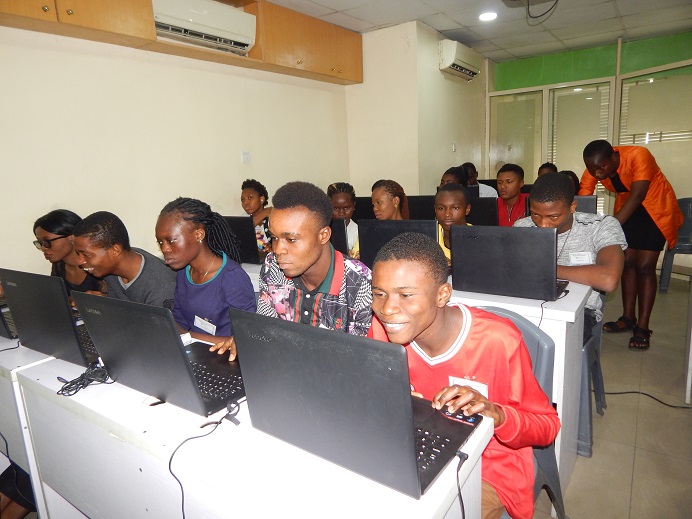 Every year, thousands of students write the Unified tertiary matriculation examinations (UTME) to compete for limited slots into tertiary institutions in Nigeria. The UTME is administered by the Joint Admissions and Matriculation Board (JAMB), a body that was established in 1978 to administer entrance examinations into tertiary institutions across the Nation.

Prior to 2014, UTME took a paper-based test format but from May 17, 2014, all UTMEs have been computer-based tests (CBTs) requiring digital skills. The Nigerian Government can argue that by making the entrance exams paper-based, it is merely bringing the board in line with the 21st century which has been dubbed the digital century.

A majority of the students who write the exam each year come from Government Schools. Most of these schools do not have access to computers. Even in the few schools where computers are available, power to run those computers and skilled teachers that can instruct students are often unavailable.

I had hoped the Government would put the necessary resources in place to ensure students in public schools are being adequately trained in the use of computers so they can sit for entrance exams into tertiary institutions without fear. However, after 5 years of CBTs, that has not been the case. Instead, a number of businesses have sprung up that in exchange for money give the students a crash course in how to sit for their UTME. This puts unnecessary pressure on poor parents who not only have to raise thousands of Naira to make sure their children can register for UTME but also have to find additional money to enrol those children, who have never had access to computers, into CBT training centres which claim to be able to prepare them for the exams with just a few minutes of training.

Confidence is a key factor in how well one does in an exam. For a student who has never touched a computer prior to their UTME, asking them to write an exam using digital technology and expecting them to pass may be a tall order. Gaddafi was a student who attended Paradigm Initiative’s free digital skills training in 2019. During his interview, Gaddafi claimed he had sat for UTME before and failed. When asked what he thought was responsible for his failure, he said he had never touched a computer until the day of his exam. When the exam began, his body was shaking and he had difficulty focusing on the questions. How many stories like Gaddafi’s remain untold across Nigeria? Of students who failed their entrance exams because they had not been equipped with the digital skills to comfortably use a computer?

To be fair, transforming UTME from a paper-based to a computer-based test is a good thing. A digital test, apart from being more in line with the skills required for the 21st century, also eases the logistics problems of having to print and transport under heavy guard large volumes of paper material for the exams. However, any advantage this offers will be defeated if the educational system is not training Secondary School Students to have the necessary digital skills required to sit for Computer Based Tests.

I can argue that the current state of affairs, does not bode well for the future of Nigeria. If students, mostly from poor backgrounds, keep failing entrance examinations because the Government has not provided them with computers to train with in their Schools and those students see their peers from more affluent backgrounds having access to computers and passing exams, it could be laying the stage for a future where the gap between the rich and the poor widens further. The affluent being able to gain admission to tertiary institutions while the poor lacking digital skills do not.

Not every Government School Student’s story earns on as happy a note as Gaddafi’s. Having attended Paradigm Initiative’s 10 weeks free digital skills program in Kano, he feels confident to write UTME again. We can only hope the Government invests in the necessary infrastructure to make the dream of a digitally literate Nigerian youth a reality.

PrevPreviousVacancy: Program Officer (Kano, Nigeria)
NextSubmitting a memo to the  National Assembly, 10 things you must know!Next