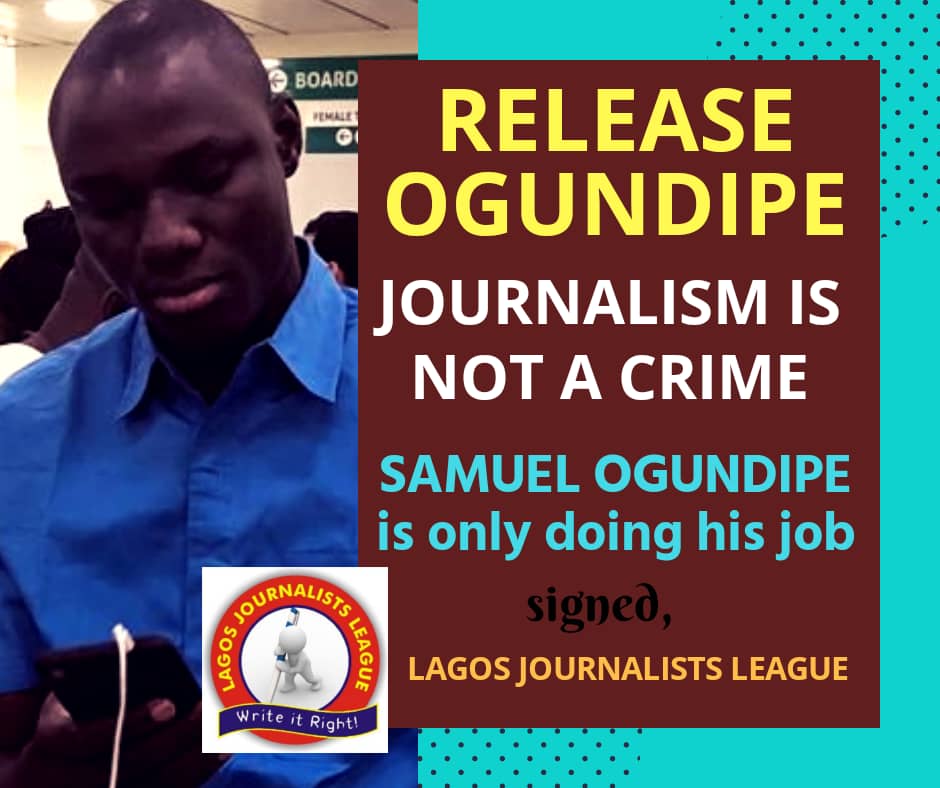 The dust may have settled, the hashtags may have stopped trending, and Samuel Ogundipe may have been granted bail but important issues around his arrest remain. Samuel Ogundipe, Premium Times Journalist, was arrested and detained by the Special Anti-Robbery Squad (SARS) in Abuja on Tuesday, August 14, 2018. His offence was his refusal to disclose the source of one of his stories. His bank account was also frozen. While the illegality or otherwise of Ogundipe’s arrest is a matter for the court to determine, there are many other important issues, generated by his arrest, that are not being interrogated. These issues are important and have serious implications for democracy and the application of rule of law in Nigeria in the digital age.

Certain facts about the arrest have since emerged to corroborate what is already suspected as the modus operandi of the Nigerian security agencies. According to a report by the New York-based Committee to Protect Journalists CPJ, Ogundipe’s colleague, Musikilu Mojeed was shown a file of information on Ogundipe by the police. The file contained alleged bank account statement and call history as received from Ogundipe’s bankers and telecommunication service provider respectively. Another colleague, Azeezat Adedigba was also quoted in the same report to have said that the police said they got her number from her telecommunication service provider.

These are very serious issues and they bring to fore, important questions surrounding citizens’ private calls and bank records being indiscriminately accessed by law enforcement agents in Nigeria. Without a doubt, it is effective for security agencies to leverage technology in the discharge of their duties, especially during an investigation. It is however important that this process itself be guided by the application of the “rule of law” and best global standards. The issue becomes more worrying, given the poor and abysmal human rights records of Nigerian security agencies.

The Nigerian 1999 Constitution as amended guarantees and protects “the privacy of citizens, their homes, correspondence, telephone conversations and telegraphic communications.” In addition to this, Telecommunications Companies owe their customers a duty to protect their privacy and the personal information shared with them in trust. It does not seem that intermediaries (Banks and Telecommunications companies in this context) push back against requests by security agencies. It is problematic to grant every request made by law enforcement as that clearly represents a porous system that will be easily abused as is the case in question.

Meanwhile, this is not the first time law enforcement has demonstrated a lack of regard for due process. In December 2016, Ayodele Fayose, Ekiti State Governor and a leading opposition figure accused the Department of State Security Service (DSS) of leaking his telephone conversation with another opposition, Governor Nyesom Wike of Rivers State. The DSS never denied this, and never demonstrated justification (if any) for the act. The Nigerian surveillance state historically has poor accountability record as it has no defined frameworks or processes that are known to any Nigerian law. It is very disturbing that law enforcement agents have access to citizens’ private call records and bank transaction details without due process.

In 2013, the Nigeria Communications Commission released a draft guideline for lawful interception of communications and received public input for same. Five years later, that guideline remains what it is “A mere draft.” Also a Bill (Lawful Interception of Information) Bill, 2015 HB 35 introduced in the House of Representatives on the subject has not made much progress since 2015 when it was introduced.

In March 2018, the National Assembly passed the Digital Rights and Freedom Bill (HB490), which it has unfortunately failed to transmit it to the President for assent. The Bill among other things provides legal frameworks that conform to global standards around Interference and surveillance of communication. Clause (5) subclause (3) of the Bill provides that; “There shall be clear procedures by which the private data of individuals, stored by intermediaries, can be accessed.” In addition, Clause (9) subclause (7) of the bill provides that “Government agencies shall obtain a search warrant based on probable cause before it can compel any service provider to disclose a user’s private communications or documents stored online”.

Boye Adegoke is the Program Manager, Digital Rights (Anglophone West Africa) at Paradigm Initiative. This article was first published on The Guardian.