Home » #DRIF » The Internet, An Emerging Battlefield for Human Rights?

The Internet, An Emerging Battlefield for Human Rights? 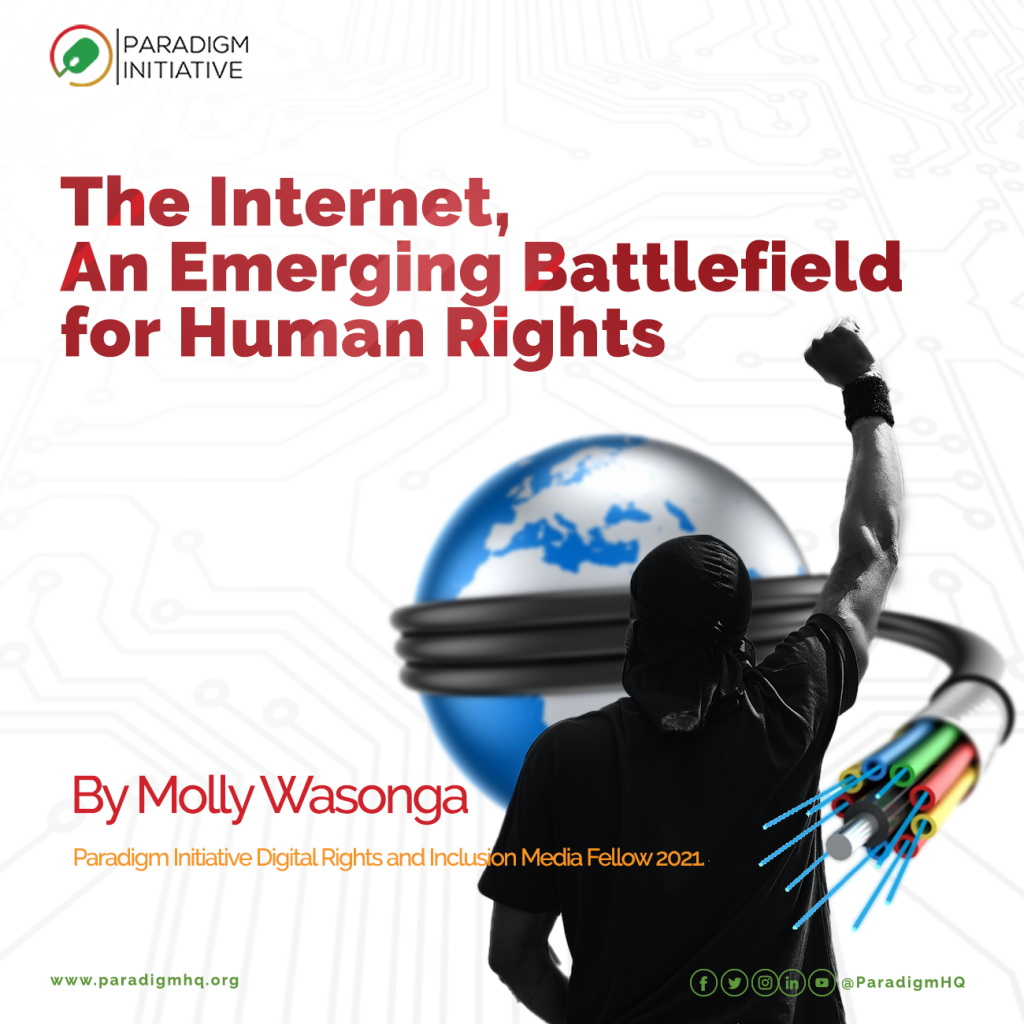 The internet can be a powerful tool for emancipation and empowerment but can also be used to threaten and marginalise individuals or communities.

These are critical times for human rights in the digital age. From the rise of pandemic-related surveillance measures to growing attacks on human rights defenders to the dangerous proliferation of tech that monitors emotions, digital rights are just not guaranteed. Infact, the continued use of reliance on online assets has led to the continued abuse of digital rights.

And with the growing internet penetration around the world, it is becoming even less free with basic human rights such as online Freedom of Expression withering under its influence.

Online freedom of expression has featured highly on the diplomatic agenda in the past as an important issue for the United Nations Council of Human Rights, and for regional intergovernmental bodies such as the Council of Europe. It has also been discussed at numerous internet governance-related processes. But as the human need to increasingly rely on the internet grows, online rights have continually been abused. This calls for stakeholder intervention.

Digital technologies can always penetrate long standing restrictions, carving out a limited space for freedom online. It is, therefore, important to protect net users against potential crimes and abuse of their freedoms and rights online beyond mere constraints. The freedoms of expression online, access to information, privacy and association and assembly as enshrined in international covenants are fundamental to the upholding of liberal democratic values.

The Freedom House states that given the emerging battleground for human rights, Freedom on the Net measures internet freedom in order to identify threats to rights and opportunities for positive change.

This report advocates for an internet characterized by freedom, openness, safety, and security for all.

Online freedom or freedom on the net, if you wish, measures the subtle and not-so-subtle ways that governments and non-state actors around the world restrict human rights online.

“In the Guide to Human Rights for Internet Users adopted on 16 April 2014, the Committee of Ministers of the Council of Europe laid down the basic framework of principles to protect the fundamental human rights guaranteed by the European Convention on Human Rights for all internet users,” reads part of the Freedom House’s guide on human rights.

GSMA describes online discrimination and hate speech as any speech that incites violence or prejudicial action against an individual or group, on account of features such as race, gender, age, or disability.

It further details that online content or behaviour which shows discrimination or prejudice against others includes discriminatory materials or websites online, as well as discriminatory comments which have been made by a group or individual online. The Oxford Dictionary defines digital/online discrimination as entail treating individuals unfairly, unethically, or just differently based on their personal data that is automatically processed by an algorithm and notes that digital discrimination often reproduces the existing instances of discrimination in the offline world by either inheriting the biases of prior decision-makers or simply reflecting widespread prejudices in society.

In April 2020, the United Nations Office on Drugs and Crime referred to Kenyans on Twitter, popularly known as #KOT , as the most vicious online bullies. The report describes #KOT as a community of bullies. They are known to bully bot.