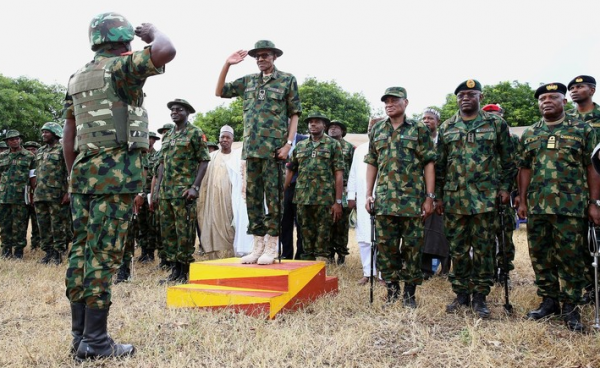 One of Nigeria’s most popular news websites became inaccessible, within Nigeria, late October, and has remained unavailable since. Here, I refer to naij.com, a website that has repeatedly ranked among the top ten most visited websites in Nigeria for years. I hate to be the harbinger of bad news but I must inform you that many internet service providers in Nigeria have knocked Naij and twenty other websites off the Nigerian online space for weeks now.

According to available evidence, the blockade of domain names of Naij and others was at the behest of the Office of the National Security Adviser, acting through the telecommunications regulator, Nigerian Communications Commission (NCC). President Muhammadu Buhari, born-again democrat and lover of free speech, whose government just scored its biggest coup against the media and the country through this action led by his National Security Adviser, is quiet. Preventing access to naij.com in Nigeria is on the same level as stopping Punch from distributing its newspapers in the country. If this had happened to Punch or any other print newspaper, the whole country would be drowning in media-induced frenzy on the issue.  How exactly has a democratic government managed to clamp down on one of the biggest online media outlets without setting off the media’s advocacy machine?

This is what we know so far. On November 3, 2017, ITRealms, an online news site, reported that the Federal Government through the Nigerian Communications Commission ordered a company (name withheld) to block the domain names of some websites that are deemed inimical to the Nigeria’s national security. According to the memo dated October 20, 2017, and signed by Nigerian Communications Commission’s Director of New Media and Information Security, Haru Al-Hassan, and Head of Legal and Regulatory Services, Yetunde Akinoloye, the Office of the National Security Adviser prepared the list of twenty-one erring news sites. The list is a who-is-who of “pro-Biafran” websites. However, the NSA apparently considers Naij as pro-Biafra, hence the addition of the online media juggernaut to the list.

On November 5, 2017, Nigerian Tribune released a report on the development, essentially corroborating the report of ITRealms. Tribune went a step further and quoted copiously from the NCC memo. In the Tribune report, we learnt that the NCC issued the directive to telecommunication companies relying on Section 146 of the Nigerian Communications Commission Act of 2003 to have the websites blocked.

Immediately Paradigm Initiative learnt of this development on November 6, we went to work and ran copious tests on the domain names of the listed websites. We reached out to a source at Naij and asked why their website was redirecting us to a new domain name, naija.ng. The source, who is not authorised to speak publicly on the subject, said, “The website was shut down by the Federal Government. We are currently running on our backup platform, naija.ng”. For now, many users can still access Naij content via the backup domain name, naija.ng, but what happens when access to naija.ng itself is restricted by NCC?

It is important to note here that the implementation of the blockade directive has not been uniform. Testing Naij.com on November 6 in Lagos via MTN and Swift, we were redirected to naija.ng. However, since November 15, naija.ng has itself been inaccessible when using Swift in Lagos. As for the other websites on the list, seventeen of the websites are still available in Abuja via Spectranet, as at November 16, while only three of them are accessible in Lagos via any of MTN, Smile and Swift networks. Others using different service providers in Lagos, Kano and Port Harcourt also have similar observations. Outside Nigeria, all but two of the twenty-one websites are accessible. This means that while Internet users are having issues accessing these websites inside Nigeria, others outside the country are able to access them. We encourage readers to also test the websites and communicate their findings to us via hello@paradigmhq.org

We have issued two press statements on this issue and on November 10 submitted a Freedom of Information Act request to the Nigerian Communications Commission. In the request, we asked the Commission the following questions: “Is the Nigerian Communications Commission, or any of its agents, in the process of taking steps to block or restrict the domain names of certain websites? If yes, what websites would be affected? What criteria were employed in selecting these websites? Under what legal provision is this being carried out?” As at the press time, the Commission has not responded to our request.According to the FoI Act, NCC had only seven days to respond to our request and the seven days lapsed yesterday.

On his part, however, the Minister of Communications, Adebayo Shittu, categorically denied any attempt by the Federal Government to block the domain names of news sites in Nigeria. This is what he told Tribune: “I am sure NCC will never ever write such a memo. I am sure it never happened. President Muhammadu Buhari or any of the people working for him will never do or encourage anything that will amount to gagging of the press.” Is it that the Commission is engaging in this censorship activity without carrying along its supervising ministry? This would not be the first time a ministry would not be aware of what an agency under it is doing. It is also possible that the minister was not being truthful to Tribune.

What really matters to us at this point is the precedent that the Buhari administration is setting by arbitrarily preventing Nigerians from accessing news sites of their choice. As we have said before, blocking the domain names of, or restricting access to, websites is a brazen violation of the right to freedom of expression as guaranteed, not only by the Constitution of the Federal Republic of Nigeria but also by international instruments to which Nigeria is a signatory. The Federal Government has a duty to protect free speech and not curtail it.

Unfortunately, the Buhari administration, through various agencies, has not been shy about its ambition to “regulate” free speech. It has repeatedly pontificated about the danger of hate speech and why online speech especially must be regulated. President Buhari himself is no stranger to censorship and media clampdown. When he was Nigeria’s military dictator in the ‘80s, he promulgated the infamous Decree 4 that saw to the jailing of journalists and closure of media houses. Has Buhari changed since 1984 or does he still see critical speech as dangerous speech that must be fought to a standstill? The next few days or weeks would tell us.

What does this development mean for digital rights in Nigeria? If the government can just wake up one day and restrict access to a website, what does that mean for the digital economy? What does that mean for democracy and Nigerians’ ability to criticise the government and voice their dissatisfaction to an administration they do not agree with? Does this mean that the website of an opposition party can be blocked ahead of the 2019 elections as long President Buhari’s National Security Adviser believes that such could prevent the commission of an offence? Nigerians should ask the government why they cannot access Nigerian websites that are available beyond the country. Today, it is Naij.com. Tomorrow, it could be your favourite news website or blog. Or it could be your personal social media account. Eternal vigilance is the price of liberty, a wise man once said.