Home » Kill Switch: Will Tanzania #KeepItOn during the upcoming election?

Kill Switch: Will Tanzania #KeepItOn during the upcoming election? 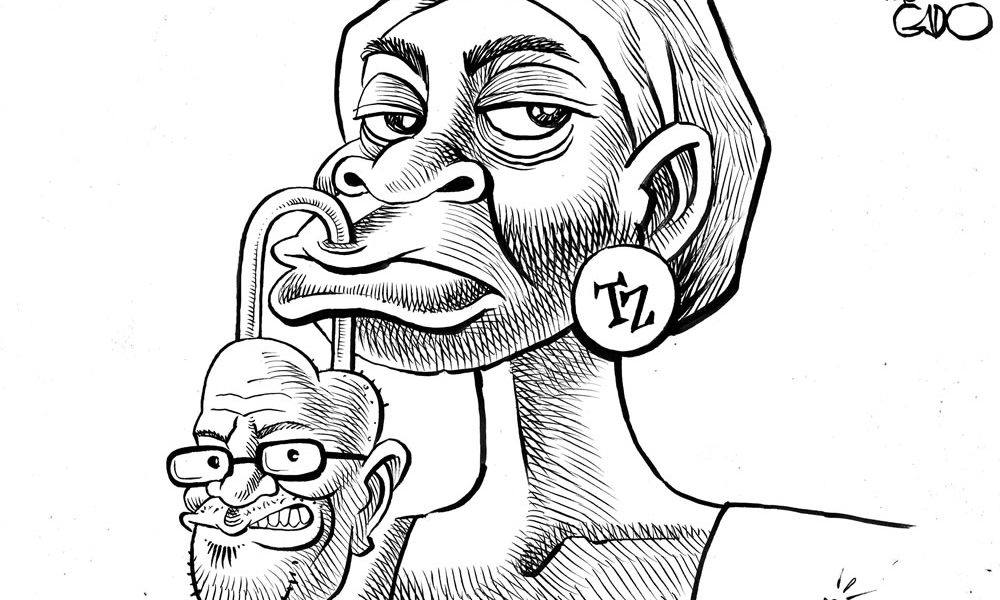 Dar es Salaam. Digital rights activists in Tanzania are concerned that as the country heads to a general election later this year, on October 28, the government may opt to restrict the use of the internet, especially social media, and thus risk the violation of basic rights of its people like the freedom of expression.

Social networks, mainly Facebook, WhatsApp, Twitter and Instagram, have become popular discussion forums where Tanzanians, within the country and abroad, make use of them to share their opinions on various issues including how the country is being and holding the government to account.

It is expected that more than at any other time in the history of Tanzania’s politics, social media will play a significant role in the upcoming elections, something that has made digital rights activists and other stakeholders in the country to be worried that the government may choose to limit that role by taking measures seen taken by other governments across Africa: shutting down the internet.

Tanzania does not have a legislation that gives the government power to shut down the internet. However, the Electronic and Postal Communications (Online Content) Regulations, 2020 give the Tanzania Communications Regulatory Authority (TCRA) power to order service providers to block or filter content if the TCRA deems such a content is prohibited, says a human rights lawyer Daniel Marari during an interview recently.

“The way it works is that the law allows TCRA to delegate censorship powers and powers of content removal to service providers. It can direct service providers, or internet service providers, to filter and block access to certain services/websites or remove certain content. If they don’t comply, they risk being penalised,” says Mr Marari, adding: “[This is] an indirect way of blocking access to online content or services.”

This fact raises concern to many people working on the ground on issues of digital safety and inclusion like Ms Zaituni Njovu, the Executive Director with Zaina Foundation, an organization that advocates for digital security and privacy. In an exclusive interview with us which took place at her office in Dar es Salaam earlier this month, Njovu, 30, thinks the government possibility to shutdown the internet is “very high” given the indicators already seen on the ground.

“The indicators include the restriction on people’s freedom of expression and violation of a slew of other digital rights freedoms,” says Njovu. “More than once we have heard government officials complaining that social media are being used to spread ‘fake news.’ The government may not shut down the internet altogether as this will also affect them but it can shut the social media down.”

It is within this context that the campaign #KeepItOnTZ was launched to make sure that the government does not shut the internet down as it can have unspeakable effects on people’s participation in the upcoming election. (Asked for his comment on how founded he thinks these concerns by digital rights activists are, TCRA director general James Kilaba chose not to comment). The following are the excerpts of the interview with Ms Njovu:

Qn: First of all thanks for granting us this opportunity to speak with you on the digital rights landscape in Tanzania. Maybe, very briefly, and on behalf of our readers, can you explain what Zaina Foundation is and what was it founded for?

Ans: Zaina Foundation was officially launched in 2017 in Arusha [Northern Tanzania] but moved to Dar es Salaam in 2019. We mainly work with women groups, especially journalists, on how they can ensure their safety while online, and we have so far carried out several projects to that effect.

We also carry out several campaigns on digital rights because, really, Tanzania faces many challenges in that area. As part of our campaigns, we do translate into Kiswahili several tools and contents which aim at improving a person’s safety on the internet for we figured out that if many tools and content remain in foreign language it makes difficult for people to appreciate their values and uses. So far we have been able to make Signal application to be available in Kiswahili for Android users.

Qn: You mentioned that when it comes to digital rights and freedoms there are many challenges that face Tanzania. Do you mind expounding on that and tell us what exactly are these challenges?

Ans: Honestly, Tanzania doesn’t fare well in the area of people’s digital rights and freedoms. People’s freedom of expression and participation online is very low in Tanzania compared with other countries. There are two actors to be blamed for their responsibility in that. First, are the government’s authorities that have been denying people their rights either through rhetorical threats or the enactment of laws and regulations that violate those rights.

The second actor is the internet service providers, or cellular networks, which restrict people’s online participation by charging exorbitant fees to internet users in the country. The cost of internet bundles in Tanzania is very high. (A technology think tank, Research ICT Africa, however, names Tanzania to have the cheapest internet charges in East Africa, followed by Rwanda, Kenya and Uganda). But even when someone forces themselves to buy those bundles the bundles fail to work as it was advertised. You may be told that a particular bundle lasts one week but expires in less than one hour and you don’t even know how that happened. And you don’t even have any place to ask if that happens.

There is also another issue. You can afford the cost of internet bundles and it may last as it was advertised but the internet can be very slow to the extent that you are unable to do your work online. All these contribute to limit people’s rights and freedoms while online. These challenges and others discourage people from exercising their rights online and have contributed to the current situation now observed in Tanzania.

Qn: The government, through the TCRA, recently released the Electronic and Postal Communications (SIM Card Registration) Regulations, 2020 which directed, among other things, a person is not allowed to possess more than one SIM card which caused much confusion among mobile phone users. What do you think really happened and what’s your take on that move?

Ans: Basically the government wants everyone to have one SIM card. This is wrong and unacceptable in so many ways but but important of all is that it violates people’s freedom of communication. Because if I can afford having five SIM cards, why shouldn’t I?

Qn: What do you think motivated the government to pursue that course?

Njovu: There is something called surveillance and censorship. Currently, this is a major problem in the country: being surveilled everytime so that you can be censored. Tanzania introduced biometric mandatory SIM card registration the main purpose being to be able to survey its people. Because this is the goal, it becomes easy to accomplish it if everyone uses one SIM card.

The government itself defends the move by saying that it helps curb crime, and it is true that cybercrime is rife and there are cases of being scammed through mobile phones. But this doesn’t refute the fact that surveillance violates our rights and freedoms, both as citizens and human beings.

Qn:Do you believe the government when it claims that the reason why it surveils and censors its people is because it wants to curb crime?

Ans: No, I don’t. It is true that one of the advantages [of surveillance] is curbing crime. But you have to know that there is the issue of privacy too. When you surveil someone [in their communications] it becomes a violation of their privacy. I’m supposed to have my own privacy and my communications should be all mine and there should be no one to interfere with them.

Qn: In an environment like this, how do you assess Tanzanians’ awareness of their digital rights and freedoms?

Ans: Awareness is very low. This is due to the fact that the issue of online security has got very few stakeholders in Tanzania who advocate for it and demand safer and secure digital experience. We at Zaina Foundation partner with actors mainly from Kenya and Uganda because we are very few in Tanzania, almost none. What is needed now is to work in raising the level of awareness in our people and cultivate their interests in these issues.

Qn: As far as the issue of digital rights and freedoms is concerned, what Tanzania would you like to see in the period of ten years from now?

Ans: Actually it is not ten years to come, but right now we as an organization want Tanzania whose people are free and safe while using the internet. We want to reach a stage when one is being accused of spreading ‘fake news’ another person should come forward to correct him/her or he/she should be told to correct it and not put him/her behind bars. The government, Internet Services Providers (ISPs) and Civil Societies Organizations (CSOs), and society in general, as important stakeholders in ensuring this, have a unique and significant role to play in turning Tanzania into a safer and freer country to internet users.

The author of this article, Khalifa Said, is a Paradigm Paradigm Initiative 2020 Digital Rights and Inclusion Media Fellow. He is a freelance investigative journalist based in Dar es Salaam, Tanzania and he formerly worked at The Citizen and Mwananchi newspapers.