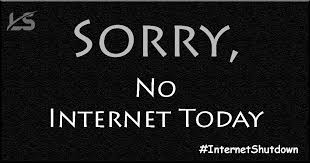 By Babatunde Okunoye and Adeboye Adegoke

The 2018 Christmas season was one of the most interesting in recent years. Several amusing events contributed to making the Christmas period one of fun and light-heartedness. One is that many in the world were made aware for the first time that every Christmas Eve, the North American Aerospace Defense Command (NORAD) tracks the flight of Santa Claus as he delivers gifts to children around the world. The humour of a top-level military command of a superpower tracking Santa’s flight around the world only made Christmas more enjoyable. Two, the 2018 Christmas season also coincided with some mouth-watering contests in English football’s Premier League. For instance, fans of Manchester United were particularly keen to watch the club’s continued progress in the fixture against Huddersfield. The match ended 3 – 1 in favour of Manchester United.

So while the world enjoyed the Christmas festivities, serious developments were brewing in digital rights. In Sudan and the Democratic Republic of Congo (Congo DRC), the government implemented Internet disruptions in contexts which both had clear political undertones. In Sudan, following rising food prices and fuel shortages, protests erupted in Khartoum and around the country, prompting the government to cut internet services. In the Democratic Republic of Congo, Internet services were disrupted following the elections of December 30 2018. And on January 7, the Gabon government shutdown the Internet amid reports of a coup in the central African country. The surrounding context in the case of the shutdown in Gabon is very interesting: the Bongo family rules Gabon as a private clan. An oil-rich country, Gabon has the second highest crude oil export per capita in Africa. The father of the overthrown President, Omar Bongo had ruled the country for 42 years and his son Ali Bongo had been in power since the demise of the father in 2009 so it’s not difficult to understand why that government would typically pull the plug in the face of a threat to its reign.

Earlier in 2018, there had been Internet disruptions in Ethiopia, Mali, Sierra Leone, Cameroon, Chad and the Democratic Republic of Congo, besides other digital rights violations such as the deep data breach disclosures the year exposed, such as the arrest of bloggers. As a case in point, a Nigerian blogger Daniel Elombah, who publishes elombah.com, was arrested around 4:30 a.m. at his home on New Year’s Day on January 1, 2018, on the allegation of cybercrime for publishing an article deemed a strong criticism of the Nigerian police chief on his blog. The year 2018 ranked among the most challenging years for digital rights activists, and all over the world, we seemed up to the task. From interventions such as strategic litigation, advocacy, research and communications, the impact of digital rights organizations was felt around the world. So as the holidays beckoned, any of our colleagues understandably looked forward to times of rest and relaxation with loved ones.

Thus the timing of the Sudan, Congo and Gabon incidents brought some lessons for the digital rights community to consider. If anything at all, the incidents demonstrate that we do important work with consequences for the future of people and nations. The incidents also demonstrate that despite the enormous effort the community have put in, a lot of earth still need moving to guarantee digital rights, particularly in regions and countries with little civil society footprint. Perhaps one lesson which emerged particularly from the Sudan and Congo incidents was that the challenge the size of the countries involved posed and the absence of contacts which could be immediately reached for information. As we start a new year, it is now clear that digital rights violations can happen anytime with very short notice, and with real consequences for nations. However, as civil society activists, we must also demonstrate our capacity to rise to every digital rights challenge – even when it occasionally intrudes into what is supposed to be a holiday.