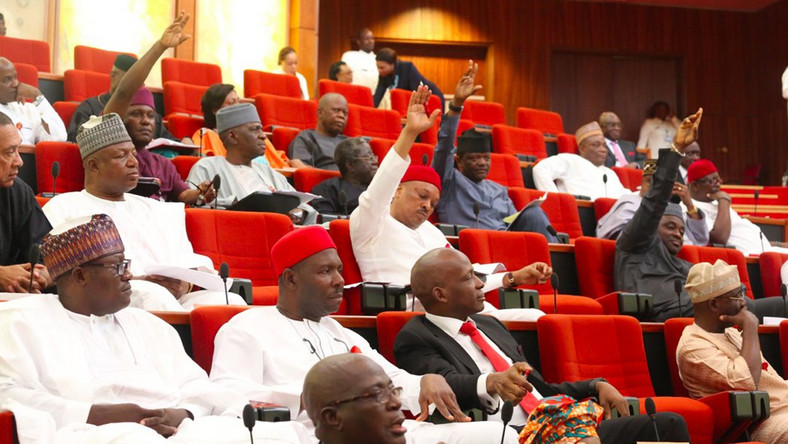 We, the undersigned organizations, write to express our concern over the increasing trend of draft legislation on hate speech and “fake news” in the region. Many African governments have begun to draft legislation on these issues without regard to their obligations to Article 19 of the Universal Declaration of Human Rights to protect the right of everyone to freedom of opinion and expression.

Article 19 includes the right to receive and impart, regardless of frontiers, information, and ideas through any media whatsoever. It is our position that the ongoing attempts to regulate the use of social media through overarching draft legislation with broad terms serve to decrease the openness of the internet and these draft legislations mask human rights violations and create barriers to long-term stability and peaceful dialogue.

There has been an onslaught of anti-democratic draft bills in Nigeria within the past few months. In October, the Nigerian Senate introduced the Communication Service Tax Bill sponsored by the Chairman of the Senate Committee on the Nigerian Army. The Bill proposes a monthly tax burden on users of electronic communications services including services such as voice calls, SMS, MMS, pay-per-view services, and internet communication services.

In November, the Senate introduced the Protection from Internet Falsehood and Manipulations Bill, 2019 sponsored by Mohammed Sani Musa. This bill seeks to regulate communications in cyberspace. The Senator mentioned that the Bill is being presented for ‘patriotic Nigerians’ who want peace for the country. The Bill punishes the transmission of false facts online, the provision of services to transmit falsehood, and the failure of firms and telcos to check abuses via their platforms.

Another Bill that has raised concerns of pro-democratic organizations and citizens alike is The National Commission for the Prohibition of Hate Speeches Bill 2019 also introduced in November. The Bill seeks to establish an Independent National Commission for Hate Speech, which would be empowered to enforce the laws and advise the federal government. The Bill prescribes a range of punishments including death by hanging for perpetrators of hate speech. The danger of the passage of this bill and the Protection from Internet Falsehood and Manipulations Bill is even more amplified by the flagrant treatment of critical or dissident speech as hate speech by government officials in Nigeria.

Despite strong criticism, Nigeria’s Information minister insists the country will go ahead with proposed social media regulation through amendments to the country’s Broadcasting Code to regulate online mediums. Civil society organizations working in Nigeria have expressed concerns that the ministry is using the broadcasting code, which is secondary legislation as a decoy to avoid public scrutiny on the proposed amendments.

On the weekend of November 9, 2019, the cabinet of Ethiopia approved a new bill, called the Computer Crime Proclamation Bill that aims to prevent hate speech and dissemination of fake news, and referred the same to the House of Peoples Representatives for approval. The bill has not yet been made public, however, judging from the trend of internet controls in Ethiopia including the history of internet shutdowns, it can be deduced that one of the components that the law will touch on will be speech online including platforms such as Facebook and blogs, among others. Ethiopia is set for elections next year in May, hence the bill may become a weapon to silence dissent.

At the beginning of the parliamentary session in November 2019, the Cameroonian government presented a bill in parliament that seeks to criminalize hate speech and tribalism. The bill, which criminalises and punishes the act through the amendment of section 241 of the penal code, was tabled Wednesday, November 13, 2019, at the National Assembly for prior consideration. The first paragraph of the Explanatory Memorandum states that “the amendment of this provision is now necessary in order to discourage the rise of hate speech of a tribalist and communitarian nature in the public space, particularly on social media, which endanger peace, security and national cohesion.”

In The Gambia, while the cabinet responded to criticism and announced the removal of provisions that sought to criminalize insults in its revised criminal offenses bill,  it must also take similar steps to revise the Gambia Media Services Bill, which has been criticized as targeting journalists and their ability to do their work. This must also include every other legislation which emboldened dictatorships in its recent past. The Gambia must not reverse on the gains of its last election and should work with all stakeholders to review its laws in such a way as to emphasize its commitment to strong democratic principles.

On July 1, 2016, the United Nations’ Human Rights Council adopted a resolution in Geneva, in which the Council affirms that human rights that apply in the non-virtual world must be applied with the same strength in cyberspace. Above all, the Council strongly condemns “the intentional measures to prevent or disrupt access or sharing information online.” While hate speech and fake news are global realities, efforts by the State to address the issues must take into consideration, their commitments to human rights obligations. It is imperative that States at this stage respect their obligations to respect citizens’ rights to freedom of expression and the press.

We hereby call on the respective policy-making institutions and agencies in Cameroon, Ethiopia, Gambia, Nigeria, and other African countries that are considering similar rights-hurting bills, to take steps to discontinue and drop all draft legislations with provisions that would negatively impact how people participate online and use digital platforms. We encourage States to adopt an open process that accommodates the views of everyone, especially civil society, towards the enactment of new laws or revision of existing ones, and ensure draft legislation does not have the potential to infringe on the fundamental rights and freedoms of citizens. It is important that such proposals must provide for targeted judicial oversight, as safeguards are essential to prevent unaccountable and overzealous censorship.

Also, we call on the United Nations and African regional organizations such as the African Union, African Commission on Human and People’s Rights, and others, to prevail on States to stay true to their commitments to international obligations to protect the rights of their citizens at all times.

PrevPreviousTemplate for Writing A Memo on the Protection from Internet Falsehood and Manipulation Bill, 2019 (SB 132)
NextElections in Africa: AI generated deepfakes could be the greatest digital threat in 2020Next