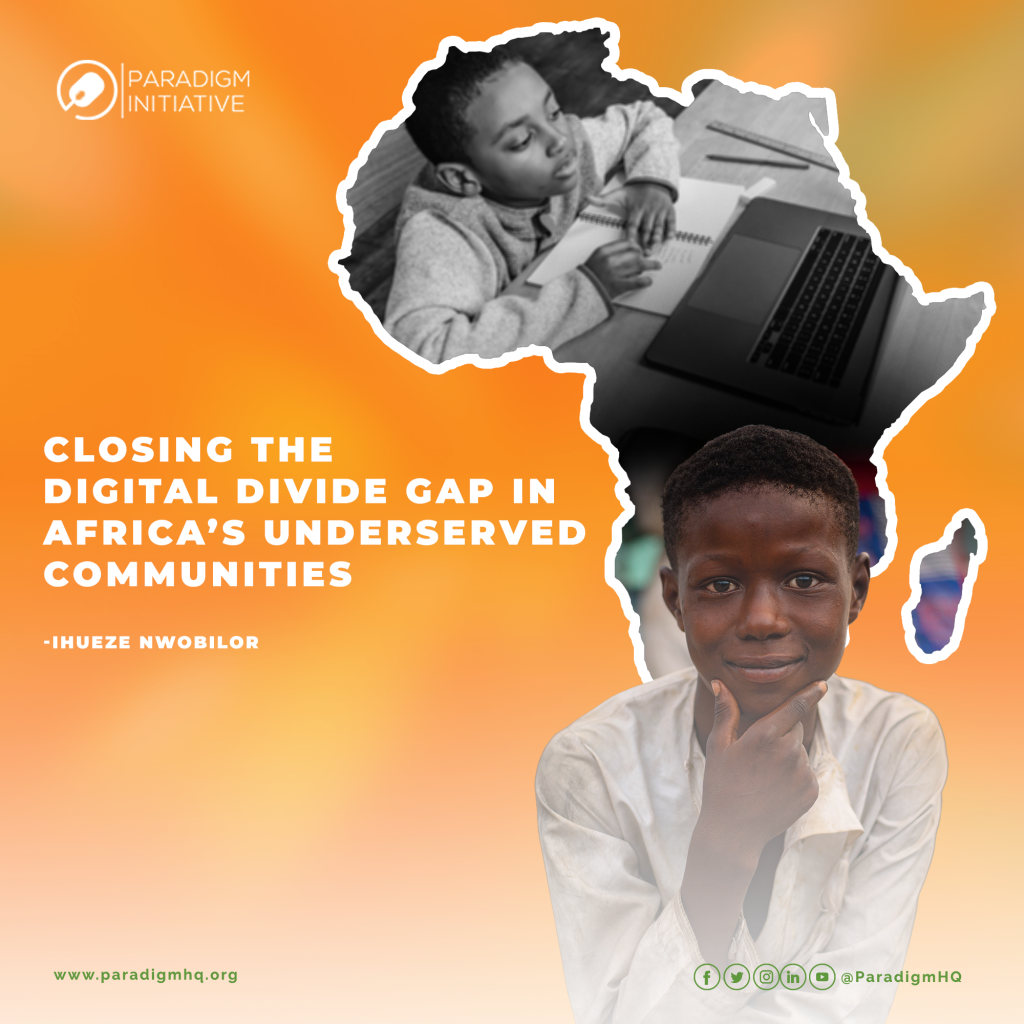 The world we live in is changing in ways we would not have imagined some years back and this change is being driven by Information and communication technology-enabled innovations. This has led to a race of who will blaze the trail in the digital economy of the world, as whoever wins the race will have major control over important dynamics that drive our world today.

While we see developed countries striving to increase their quest towards digital dominance, what we see in most African countries especially as it has to do with her underserved population is a continent that either has lost touch with what is happening around her or one that doesn’t care about the wellbeing of its underserved population, as we cant see the much that is being done towards closing the digital divide gap compare to other developed economies when it comes to her citizens who live below the poverty line.

To help us better understand this problem, Jakob Nielsen wrote an article in 2016 that analyzed the digital divide and classified it into three stages: the economic divide stage, the usability divide stage, and the empowerment divide stage.

In Africa, you will find most countries at the economic divide stage. The majority of the citizens do not have access to the infrastructure, devices, and tools that will enable their participation in the global digital economy. This can mostly be attributed to poverty, as a greater percentage of her population do not have what it takes to acquire even the world’s cheapest digital devices. The second reason here being, the inability of the government of these countries, to provide the infrastructure that will support access to the digital economy.

On the problem of the usability divide, we see where people have moved beyond the first stage to having access to digital tools and devices but not knowing how to use them. Here you see citizens acquiring computers just for recreational reasons (playing games and watching movies) or getting high-end smartphones for the sole purpose of making and receiving calls. The above is usually because they lack the skills and knowledge that can enable them to take full advantage of the capability of these digital resources.

At the third stage, which is the empowerment divide, the problem we see here in most African countries is that most people who have passed the first two stages by having access to digital tools and devices and the skills of using them most times don’t know how to convert that into opportunities that can empower them and their communities. The above situation is further exacerbated by repressive policies of most governments of the countries which have prevented most of its citizens especially those from underserved communities from taking advantage of their digital skills in empowering themselves. A typical example is a ban on the use of cryptocurrencies in Nigeria by her Apex financial institution the Central Bank of Nigeria which has led to many cryptocurrency exchanges doing business in Nigeria moving their businesses outside the shores of the country leading to the loss of opportunities for her teeming youthful population.

Having looked at the problem of the widened digital divide in Africa from the lens of these three stages, one will not help but ask what we can do to amend this situation so that Africa and its youthful population will not be left behind in the race for control in the emerging global digital economy. To close this widening gap in the digital divide among African countries, the following must be done:

There is the need for a homegrown solution to the problem of access to and affordability of digital tools and devices, as this will help reduce the cost and make them cheap enough that a greater number of citizens can get and use them.
African governments should take advantage of Public and Private partnerships to drive the acquisition of relevant digital skills that will help their people to be players in the emerging global digital economy.
Repressive government policies should be abolished, while good ones should be enacted to create the enabling environment for creative young people on the continent to be able to harness their digital skills towards creating opportunities for the continent and its people.

In conclusion, it is very important for policymakers in all African countries to understand the stages they are among these three stages of the digital divide as that will help them to know the appropriate policies to put in place to get their people to where they are supposed to be in the globalized digital economy.